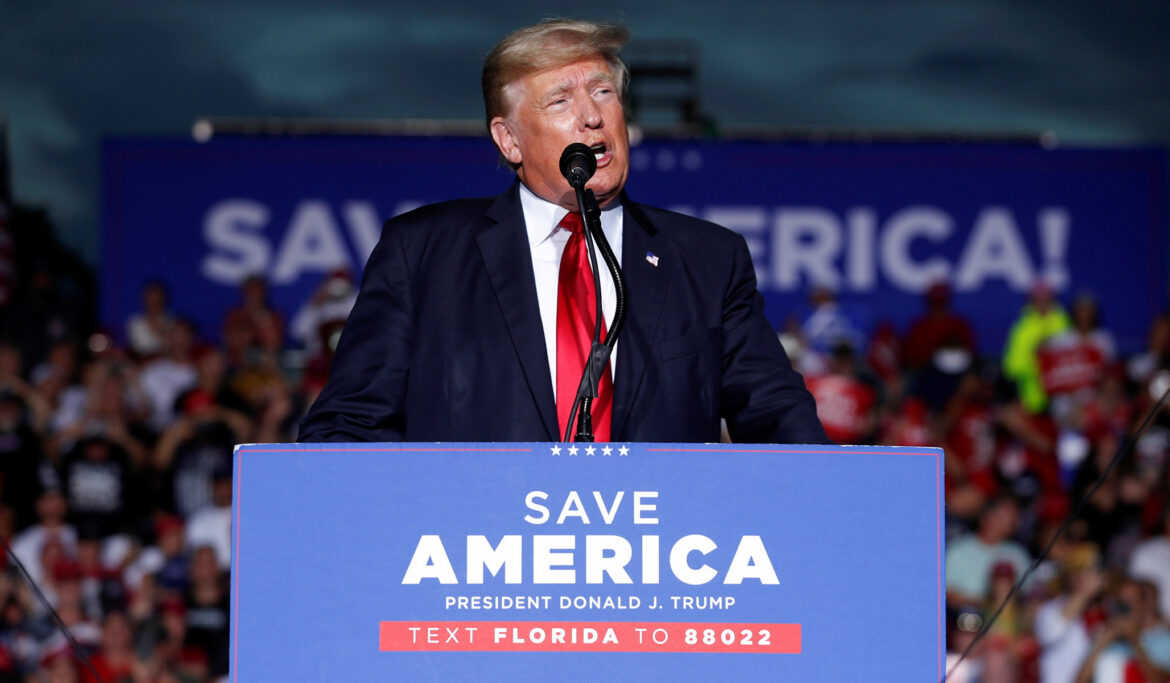 Former President Donald Trump speaks to his supporters during the Save America Rally at the Sarasota Fairgrounds in Sarasota, Fla., July 3, 2021. (Octavio Jones/Reuters)

Former President Trump is urging Republicans not to vote in upcoming elections unless the “fraud” of the 2020 elections is uncovered.

“If we don’t solve the Presidential Election Fraud of 2020 (which we have thoroughly and conclusively documented), Republicans will not be voting in ’22 and ’24,” Trump said in a statement released Wednesday. “It is the single most important thing for Republicans to do.”

Trump has repeatedly claimed, without evidence, that President Biden lost the election due to fraudulent voting practices. While Trump claimed that he won the states of Arizona, Georgia, and Pennsylvania at a rally in Iowa on Saturday, Biden won each of those states.

Efforts by Trump supporters to prove the former president won in various districts have failed, including an election audit in Maricopa County, Ariz., that confirmed Biden’s victory.

The former president also compared his actions to Hillary Clinton in 2016, saying “Here’s the difference. Hillary [Clinton] conceded. I never conceded. No reason to concede.”