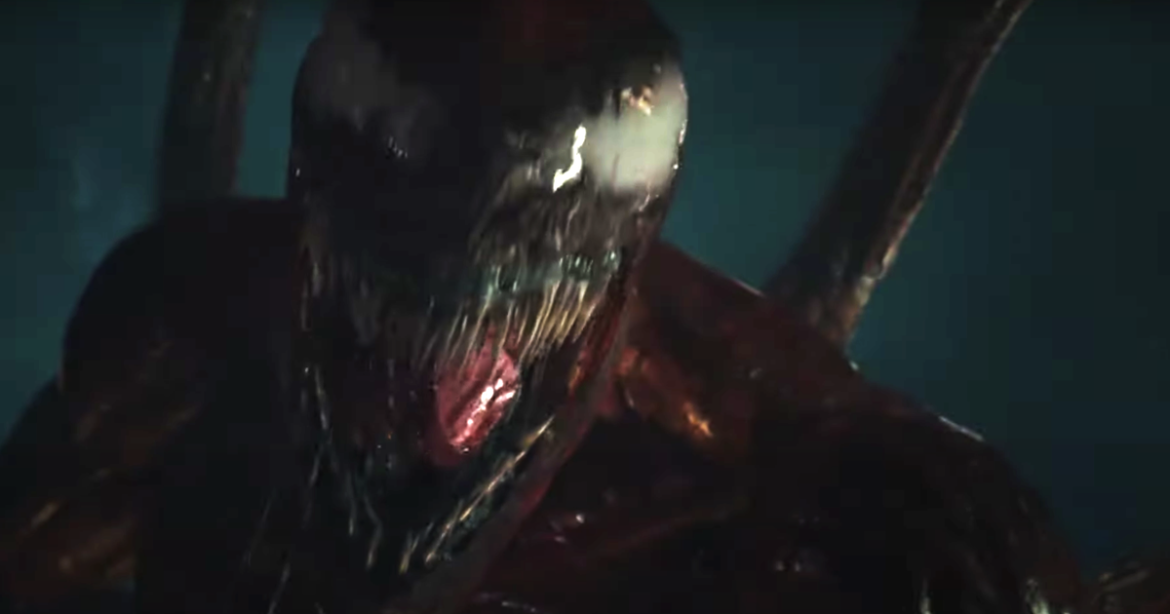 Venom: Let There Be Carnage picks up a year after the 2018 movie.

Venom: Let There Be Carnage arrives in US theaters Friday, and brings Marvel’s iconic symbiote back to screens along with his blood-red nemesis. The movie picks up from the 2018 original and its mid-credit teaser, so you might need a reminder of where we left off with crusading reporter Eddie Brock and his alien symbiote.

Entertain your brain with the coolest news from streaming to superheroes, memes to video games.

Let’s take a look at where Venom, Eddie and the rest of the characters are as the sequel begins. If you were planning to watch the first one before seeing the new movie, beware that SPOILERS lie ahead.

This pair (both played by Tom Hardy) defeated Life Foundation CEO Carlton Drake and his symbiote Riot — you may remember this as two CGI blobs throwing each other around — before they could bring more of the gooey aliens to Earth and take over by bonding them with the human race.

It seems like Venom is killed in the battle, but the symbiote has secretly remained bonded to Eddie and the pair engage in some lethal protection by killing criminals in San Francisco. (Remember the “turd in the wind” line?) Eddie also returns to journalism and fixes up his friendship with his ex, Anne.

Unlike the comics, the movie version of Venom has no connection to Spider-Man (who rejected the symbiote, before it found Eddie and they sought vengeance). It isn’t part of the Marvel Cinematic Universe, but multiversal chaos unleashed in the Disney Plus Loki series opens the door for different realities to connect and maybe give us a Venom cameo in Spider-Man: No Way Home.

As it stands, movie Venom doesn’t really have a reason to hate Spidey. So it’s possible the pair will be uneasy allies (given Venom’s murderous methods) rather than enemies.

Venom: Let There Be Carnage is bringing Cletus Kasady’s symbiote-empowered alter-ego to theaters.

We only got the briefest glimpse of this imprisoned serial killer (Woody Harrelson) in the first movie’s mid-credits scene. Kasady was refusing to tell the FBI where some of his victims are buried, and Eddie was the only person he’d agree to be interviewed by.

“When I get outta here, and I will, there’s gonna be … carnage,” Kasady says. Sounds like a threat to me.

There was also an extended version of this scene in the movie’s home release, and it shows Kasady pulling the whole creepy “come closer” killer routine with Eddie. Thankfully, he appears to have gotten a haircut in the sequel.

In the comics, Kasady was Eddie’s cellmate in prison. When the Venom symbiote broke Eddie out, it left its spawn behind and the newborn bonded with Kasady to become Carnage, a murderous monster who believed only in chaos and is basically Venom turned up to 11. 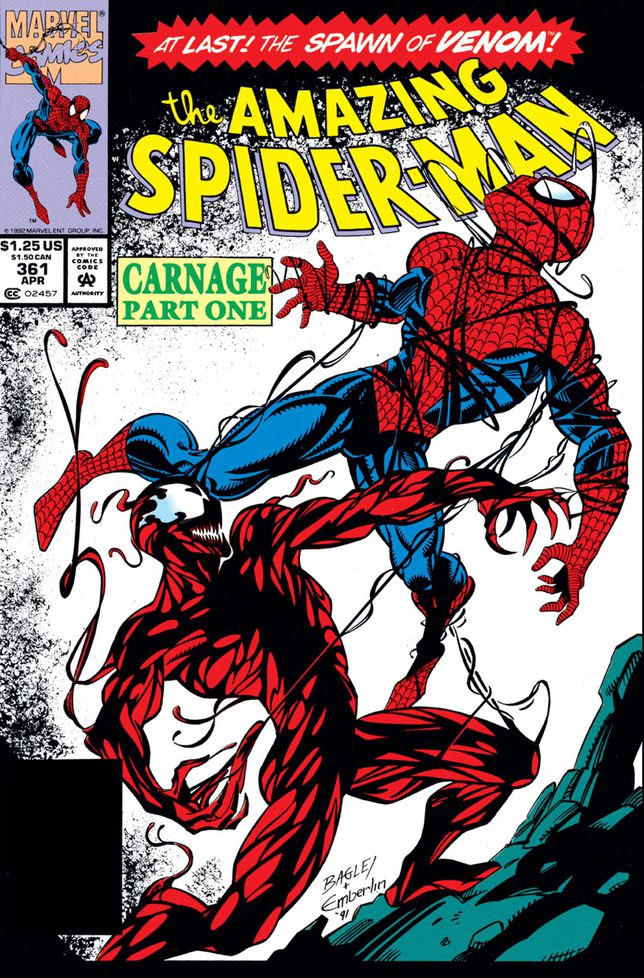 Carnage has been a major threat to Spider-Man over the years, but we don’t know if their cinematic counterparts will meet.

A copy of Eddie’s notebook from his investigative journalism work was on display at New York Comic Con 2018 and reveals the depths of Kasady’s depravity — it’s pretty much the same as his comic book backstory revealed during the ’90s Maximum Carnage event.

The Brooklyn orphanage he grew up in was destroyed by a fire that killed the disciplinarian administrator — a suspected revenge attack by Kasady.

He also pushed his grandmother to her death down a flight of stairs before going on a “huge massacre” in New York City and dug up his mother’s grave. He was being thrown into Ryker’s maximum security penitentiary (the Marvel Comics version of Rikers Island), where he managed to kill another 11 people.

Eddie also noted that Kasady killed his mother’s dog with a drill and pushed a girl who rejected him in front of a bus, killing her. Kasady believes that “unpatterned bloodshed” is “the ultimate freedom.”

The lawyer (Michelle Williams) kicked Eddie to the curb after his investigation of the Life Foundation got her fired, but was pulled back into his orbit after he bonded with Venom. She briefly joined the symbiote to rescue a captive Eddie, giving us a glimpse of She-Venom.

Despite their rekindled friendship, renewed romance appears to be off the table since she’s engaged to someone else. (They did share a big weird Venom kiss as the symbiote transferred between them though.) She also doesn’t know Venom is still alive, but she’s definitely going to find out because there aren’t that many oily, toothy monster-looking lads out there and Eddie isn’t particularly subtle.

With that, you’re all caught up on where we left the characters at the end of the first movie and ready to get straight into the silly symbiote action.

What’s new to stream for September 2021