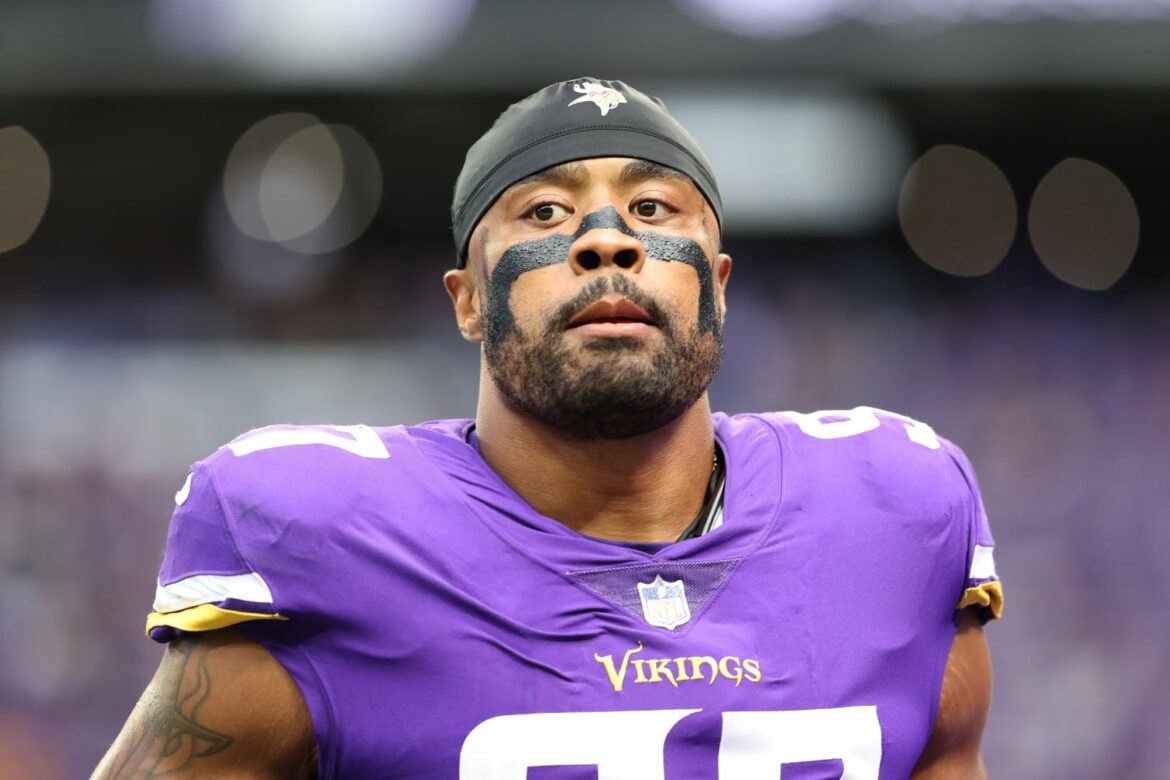 The Minnesota Vikings released a statement in response to the disturbing Everson Griffen Instagram video that was posted online.

[Update] Minnetrista police also released a statement, which includes a detailed report on everything authorities know about the situation and how it started:

Police arrived at the home of Minnesota Vikings defensive end Everson Griffen on Wednesday after a disturbing video was posted to the player’s Instagram account earlier in the day.

In the video Griffen is seen sitting at his home in the dark with a handgun, describing to those watching that he has a license to carry it and that he’s preparing to defend himself against what he claims is a threat to his life. He notes that he bought ammunition for the gun and that it was acquired with the help of Vikings running back Dalvin Cook.

Cook has since responded to his name being mentioned in the video.

According to KSTP in Minneapolis, screenshots of a conversation allegedly involving Griffen saying he needed help and that “people are trying to kill me” were also posted to his social media accounts.

Local law enforcement spoke about the ongoing situation late Wednesday morning, noting that Griffen is currently refusing to leave his home although no one else is believed to be in immediate danger.

“At this time, law enforcement officers are confident Griffen is alone inside the home and continue to work with him to resolve the situation,” the Minnetrista Police Department in a statement.

Authorities were clear to note, however, that Griffen called 911 around 3 a.m. and expressed to dispatchers that he felt his life was in danger.

The Minnesota Vikings released the following statement on Wednesday morning:

Vikings representatives and the team’s mental health professionals have been on-site at Everson Griffen’s home since early this morning and are cooperating with law enforcement. Our only concern at this time is the safety and well-being of Everson and his family. We will have further comment at the appropriate time.

No further details are known at this time about Griffen’s situation other than the authorities and the Vikings are aware of it and assisting in any way that they can.

Back in 2018, Griffen was involved in an incident in which he allegedly threatened hotel staff members, although no gun was found once police arrived. That same month Griffen was ordered to get a mental health evaluation after his behavior alarmed team officials.

This is a developing story and will be updated as new information becomes available.