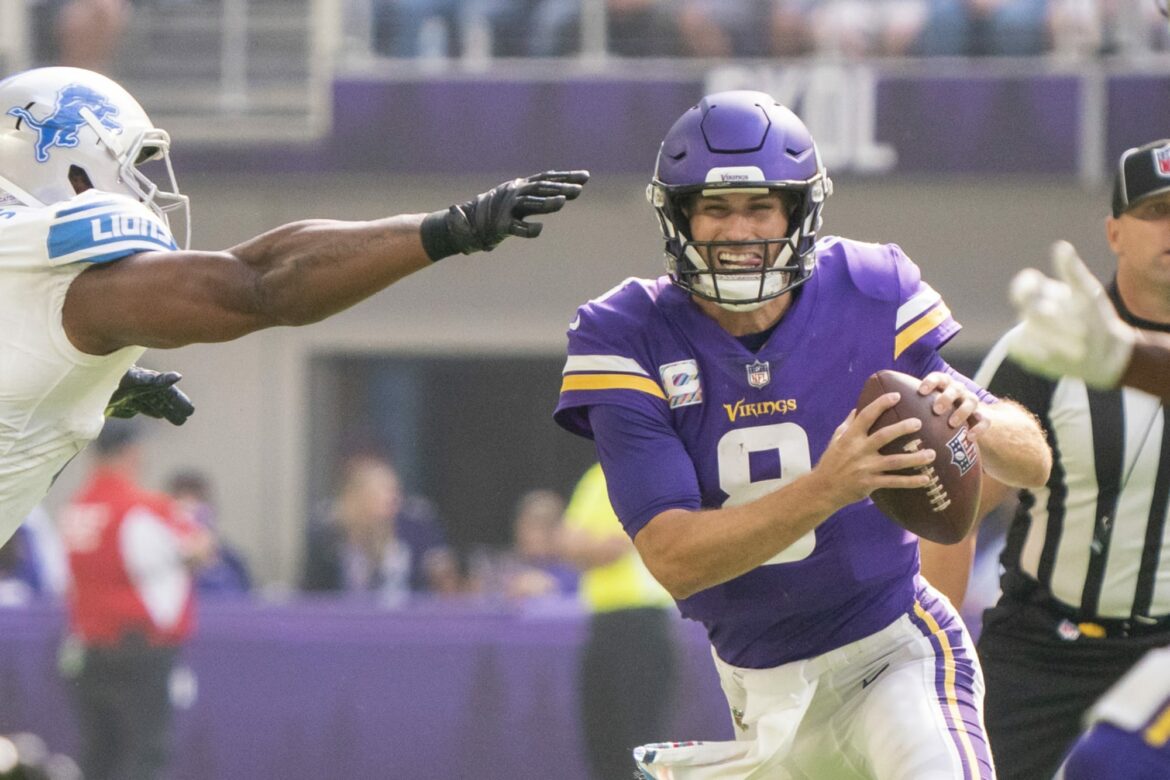 Kirk Cousins and Mike Zimmer celebrated a Minnesota Vikings win by shoving each other.

The Minnesota Vikings barely survived the winless Detroit Lions at home on Sunday, so it was only fitting that franchise quarterback Kirk Cousins and head coach Mike Zimmer would be seen shoving each other in excessive celebration.

It does not matter if Zimmer liked that because Cousins was busting out of his plexiglass case of emotion. Even if things have been better in the Twin Cities for the Vikings, a win is a win, even if the win is over a crying Dan Campbell at the podium. Those aren’t tears of joy. They are the water vapor compiled after downing two Ventis from Starbucks with two shots of espresso in them.

Minnesota Vikings: Kirk Cousins and Mike Zimmer shove each other after win

This celebratory effort gives off major Strong Side!, Left Side! vibes between Julius Campbell and Gerry Bertier. While we all Remember the Titans, we can only hope to remember this Cousins and Zimmer confrontation as the turning point of another strange Vikings season. It is not easy being super jacked up about getting to 2-3 by the skin of your teeth over the Lions, but here we are.

At least Zimmer did not punch Cousins in his throwing shoulder to give him a dead arm after this.