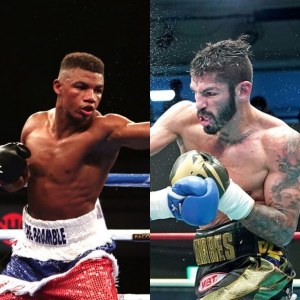 The WBA sent the communication to both fighters’ teams, who were given a period of 30 days, ending on December 17, 2021.

Rule C.30 states that an elimination bout will be ordered between the two highest ranked available boxers in the ranking. In this case, Rivera is ranked second and Linares is ranked third on the list.

If both parties do not reach an agreement before the deadline, the WBA may order a purse bid,with a split of 50% for each boxer.

Rivera is one of the most promising Lightweight fighters and is undefeated in his career. At 23 years of age, “Zarza Ali” has defeated good opponents and wants to earn a title shot.

The young Puerto Rican’s challenge will not be easy, as he faces Linares, one of the most outstanding fighters in the division in recent years and who has been world champion in three categories. The “Golden Boy” is 36 years old and has enough experience to seek victory.