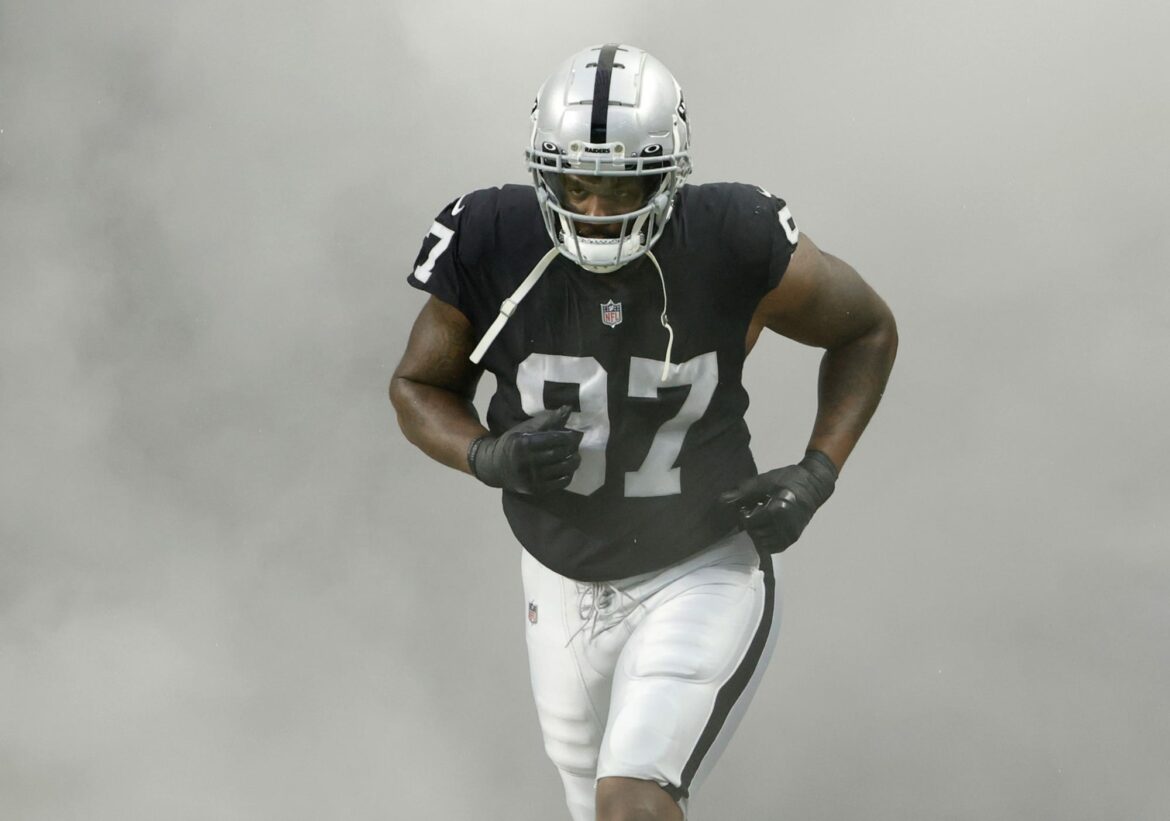 During the second quarter of Sunday Night Football, Raiders defensive lineman Quinton Jefferson stopped play to throw something off the field.

NFL fans were hyped for the Las Vegas Raiders to host the Kansas City Chiefs on Sunday Night Football. The silver and black, overall, have been playing great football all year, leading them to the top of the AFC West. But the Chiefs were looking to try and keep rebounding after an inauspicious start to the year.

But before any of that, Las Vegas defensive tackle Quinton Jefferson had to throw something off the field.

With the two teams battling in the first half, the Chiefs had the ball and were about to snap it. Before they did, though, the Raiders big man stopped everyone and picked something up off the turf and threw it to the sidelines, halting the action briefly to do so.

What did the Raiders player throw off the field?

On the broadcast, they were speculating that it could’ve been a spoon that Jefferson threw off the field.

Then, there were several people on social media that seemed to think it was a fork that the Raiders defensive lineman threw off the field.

But upon close inspection of the video, it appears that the Raiders veteran actually found a pair of medical scissors on the field and wanted to get them off. That would definitely explain the urgency that Jefferson acted with as well — that could’ve gotten dangerous.

Regardless, it gave us all a hilarious moment on Sunday Night Football. It’s truly not every day you see a player stop a game to throw some sort of trash off the field of play.