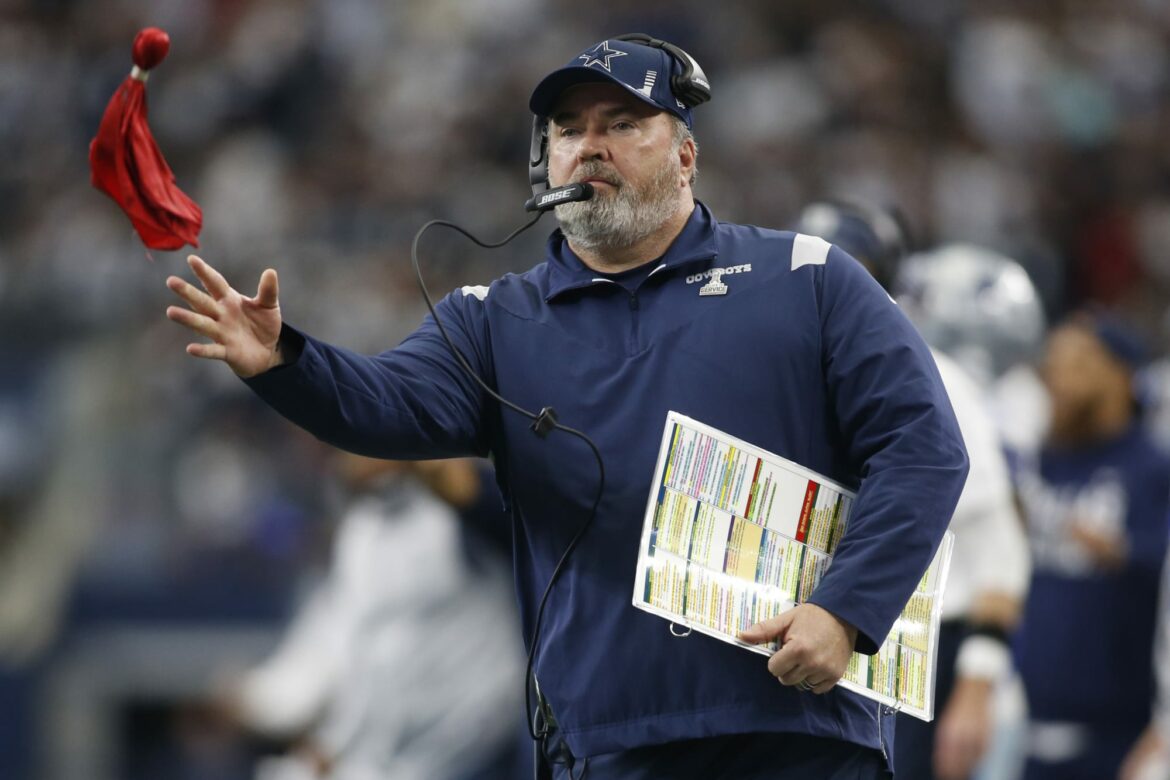 Astros: Why ignoring Carlos Correa’s market is the right move by Mark Powell

Cowboys fans were furious at Mike McCarthy for not challenging what looked to be a fumble on Raiders TE Darren Waller. Turns out he couldn’t.

McCarthy is notoriously quick with his challenge flag, for better or worse. On Thanksgiving against the Las Vegas Raiders, however, McCarthy kept the flag in his pocket.

Waller looked as though he fumbled in the first half. With the ball quickly moving out of play, one Cowboys defender flipped the ball to another in what would’ve been among the best defensive plays of the year.

Upon further review, the Waller ‘fumble’ was ruled incomplete. McCarthy didn’t challenge the play, per Cowboys reporter Pat Doney, because he couldn’t. The officials already took a look at it.

Clearing up any confusion — the referees reviewed the (eventual) non-fumble that Keanu Neal looked to save inbounds. The review concluded the WR did not have possession. So McCarthy could not challenge — it was already reviewed.

Did Dallas Cowboys get robbed on disputed fumble?

Depending on which team you root for, the officials either made the right call or robbed Dallas twice.

McCarthy is quick to draw criticism, but in this case it’s not his fault. If the officials made the wrong decision, it’s made even worse because they reviewed the turnover automatically.

Instead, the Cowboys coach was left wondering what if, and moving on to the next play after a quick break. So much for a potential game-changing play.