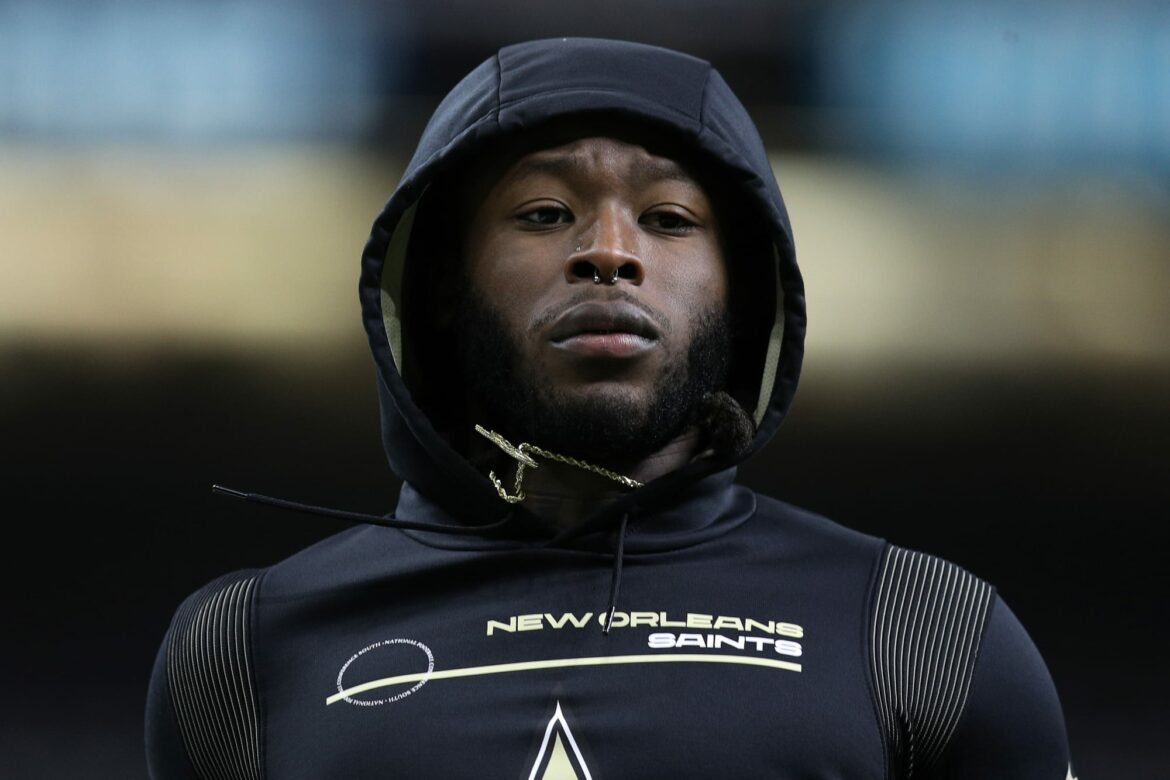 After suffering a knee injury in Week 9, the status of New Orleans Saints running back Alvin Kamara remains uncertain before their Week 10 match.

In Week 10, the 5-3 New Orleans Saints will take on the 7-2 Tennessee Titans in a crucial matchup for both of these teams.

If the Saints can continue winning in the NFC South, perhaps they could rival the dominant Tampa Bay Buccaneers for the division title at the end of the season. But the Titans, who are coming off five straight wins, maintain the edge in this matchup, even without unparalleled running back Derrick Henry on the field.

Henry fractured his foot in Week 8 against the Indianapolis Colts, which has definitely put the RB-dependent Titans into disarray.

But the Saints could be facing the same issues in Week 10, as their own star running back, Alvin Kamara, has been experiencing injury issues of his own.

Will Alvin Kamara play in Week 10?

Kamara suffered a knee injury during a Week 9 loss to the Atlanta Falcons.

No official word has come from the Saints yet as to whether or not he will suit up on Sunday, but Saints head coach Sean Payton said Kamara is “fighting through it.”

With Alvin Kamara (knee) Sean Payton hasn’t said if he’s going to play. Payton said you could tell late on a few plays Kamara was dealing and fighting through it.

However, Kamara did not practice on Wednesday or Thursday, which is a troubling indication for any injured player. Kamara was also absent for the early portion of Friday’s practice that is open to media.

Jordan Schultz reported that sources tell him Payton and the Saints are preparing to play without Kamara on Sunday.

I’m told Sean Payton and #Saints are preparing game plan Sunday v #Titans w/out Alvin Kamara (knee) – who’s missed consecutive practices. Pick up Mark Ingram if you can – as he’s only rostered in 73 percent of leagues, per my guy @JameyEisenberg.

While Kamara’s official status has not yet been released, missing three practices indicates that he likely won’t play against the Titans on Sunday.

Since the Saints just traded for Mark Ingram, it would make more sense for the team to utilize a healthy Ingram rather than risk further injuring Kamara. After all, the Kamara-Ingram connection led the Saints to the playoffs in 2018 as what one analyst called “the greatest backfield tandem of all-time.”