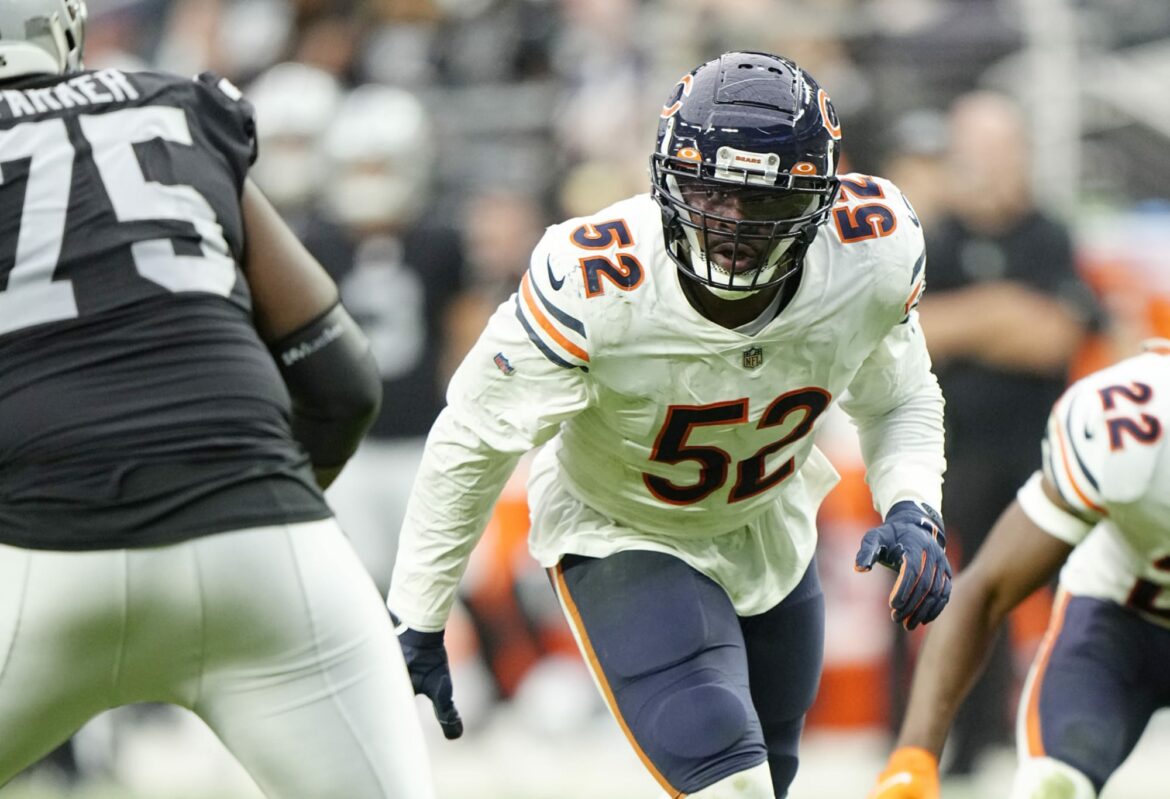 LAS VEGAS, NEVADA – OCTOBER 10: Inside linebacker Roquan Smith #58 of the Chicago Bears tackles wide receiver Hunter Renfrow #13 of the Las Vegas Raiders during the first half of a game at Allegiant Stadium on October 10, 2021 in Las Vegas, Nevada. The Bears defeated the Raiders 20-9. (Photo by Chris Unger/Getty Images)

It has been a one-sided rivalry as of late as the Green Bay Packers look to continue their recent dominance of the Chicago Bears.

Is Matt Nagy’s team finally starting to find its groove? After a 1-2 start, the Chicago Bears have posted consecutive wins over the Detroit Lions and Las Vegas Raiders. That latter victory saw the club limit the Silver and Black to a season-low nine points.

Of course, this week’s opponent is a different matter. In each of the past two seasons, the Bears have been swept by Matt LaFleur’s club. Chicago was a combined 16-16 over that span and one-quarter of those setbacks were to their NFC North rivals from Wisconsin.

Don’t be surprised if this is a defensive struggle with points coming at a premium as the Bears and Packers (including playoffs) renew acquaintances for the 203rd time.

The team has been pretty staunch against the run this season. Chicago ranks 12th in the league in rushing defense after five weeks of play. But Green Bay’s ground attack, limited to 43 yards in the Week 1 debacle vs. the Saints, has increased its production in every fane since.

In last week’s overtime win at Cincinnati, Matt LaFleur’s team rushed for 133 yards. A week earlier vs. the Steelers, the Packers rolled up 131 yards on the ground. Look for the game plan to include a heavy dose of Aaron Jones and A.J. Dillon. Will the Bears’ defense be up to the challenge?