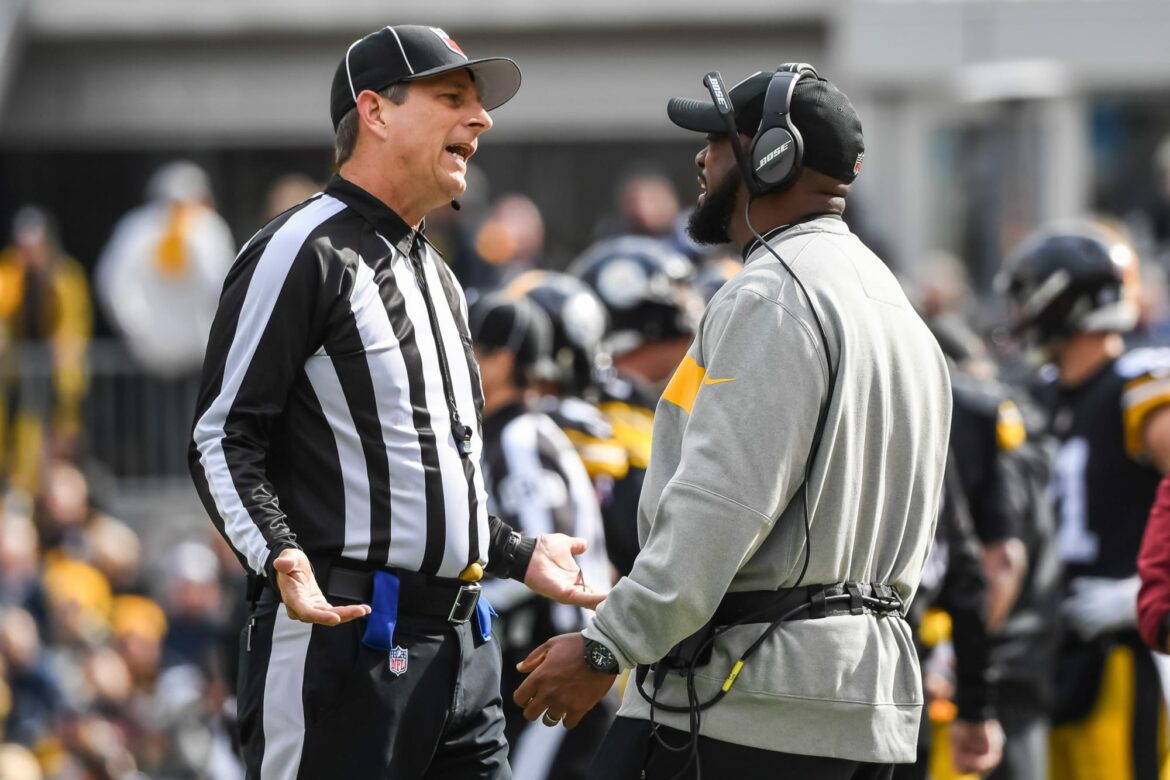 Taunting makes a brief appearance, a classic roughing the passer and the Steelers’ special teams got screwed out of a blocked field goal for a 10-point swing. Just another week of bad calls in the NFL.

And here we actually thought taunting was over and done with. While the league seemed to make a point of eliminating those calls to a certain extent, not all officials have followed through.

Surprisingly enough, Week 4 wasn’t marred by the same standard of terrible calls we’ve grown accustomed to. Of course, this doesn’t mean it was completely pure, or rid of officials unnecessarily injecting themselves into the end of football games.

Look no further than the honorable mention for this week: Brady vs Belichick. While the Buccaneers did, eventually, come away with the victory, that wasn’t until AFTER officials made two questionable calls on the Patriots final drive — the first being a pass interference against Richard Sherman, and the second being an obvious false start on New England which went uncalled.

For the first time in awhile, it was Brady who was on the wrong side of referee interference.

Yet, despite the gravity of that moment, it did not make the top-three.

Look no further than Joey Bosa’s sound-off postgame to get a clue as to why the Chargers were just a little angry.

“Refs are blind. I’m sorry, but you’re blind. Open your eyes and do your job. It’s so bad. It’s unbelievable. …These guys have got to do a better job because it’s been years of terrible missed calls left and right,” Bosa said.

Yet, it’s the Raiders who received arguably the dumbest call of Monday Night Football thanks to Darren Waller. THIS was deemed taunting.

Waller spiked the ball, and despite it not going in any one, direction, was called for taunting.