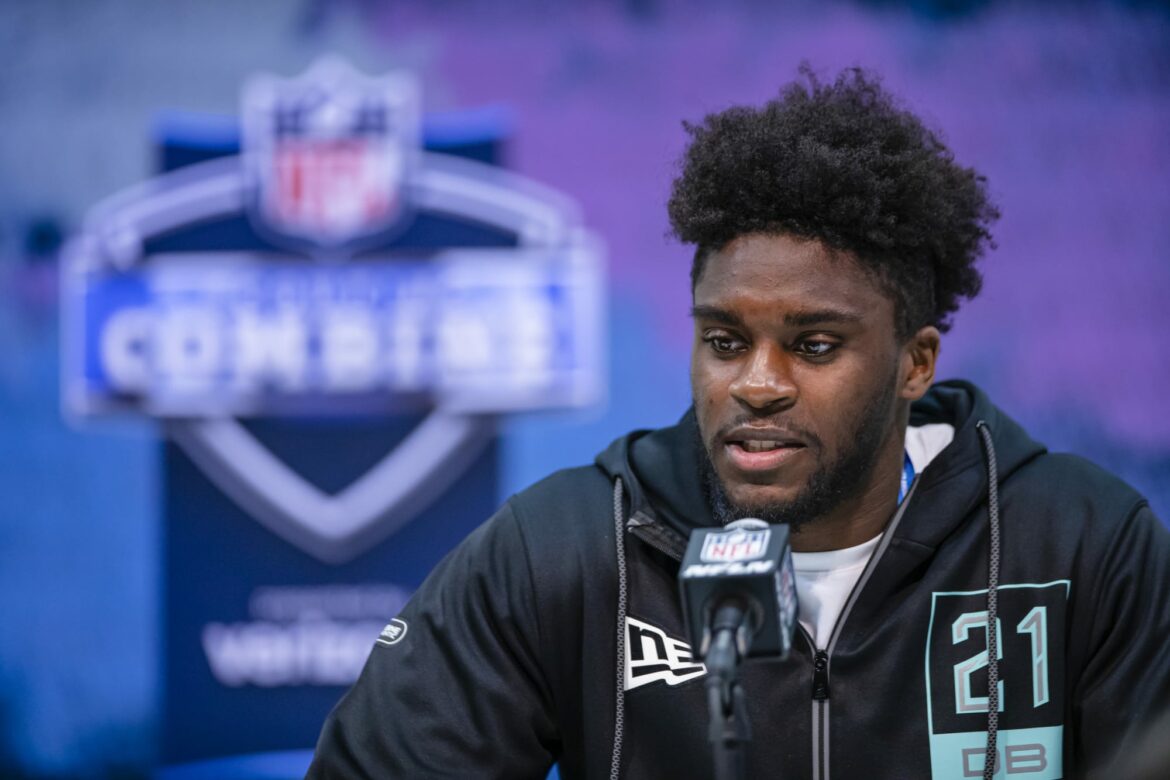 Chicago Bears cornerback Jaylon Johnson was fined nearly $3,000 for showing up late to Halas Hall for practice on Tuesday.

Has 22-year-old Bears cornerback Jaylon Johnson had an official “Welcome To The NFL” moment yet?

In a sense, he has — Johnson had a dedicated welcome waiting for him when he walked into Halas Hall on Tuesday morning. When he arrived at 8:16 a.m., a letter written and signed by head coach Matt Nagy was addressed specifically to Johnson.

The letter informed Johnson that he was being fined $2,745 for his “Unexcused Late to Building.”

“This shii crazy bruh… walked in as it turned 8:16 and they tax me like this,” Johnson wrote on his Instagram captioned with an exasperated emoji.

Chicago Bears cornerback Jaylon Johnson posted on his Instagram a letter from the Bears that he has been fined for showing up late yesterday to Halas Hall.

From Johnson’s caption, it seems that players are allowed a 15-minute grace period to arrive for 8:00 a.m. practice. There was no grace reserved for Johnson, who apparently arrived seconds past the deadline and was handed a nearly $3,000 fine.

Unfortunately for Johnson, things could only get worse if he arrives late again. The letter states that the fine amounts could increase if he records more absences.

Worse, repeated tardiness could fall under “Conduct Detrimental to the Club”, which could eventually result in maximum fine amounts and/or suspension without pay.

That would be an extreme response for the situation, but based on Johnson’s response, it’s unlikely to happen again. More than anything, the letter was likely a lesson by which Johnson is expected to learn that late arrivals are not tolerated by the Bears. With a painful $3K pinch, Johnson will probably never arrive late to the facility again.

The publicity isn’t a great look for Nagy, who has been under repeated fire this season for a variety of reasons, primarily his delayed deployment of rookie quarterback Justin Fields. Nagy said little about the disciplinary response other than he didn’t realize Johnson shared it on social media.

Jaylon Johnson posted his fine letter from coach Matt Nagy for being, he said, a minute late into the building. We asked Nagy about it and he said little — other than the fact he didn’t know Johnson put it out in public.

Johnson, the Bears’ second-round pick in 2020, said that he takes “no situation for granted” after the tragic loss of his best friend earlier this summer. While the dedicated Johnson has played nearly every snap  in 2021, missing morning meetings by mere seconds is already costing him.