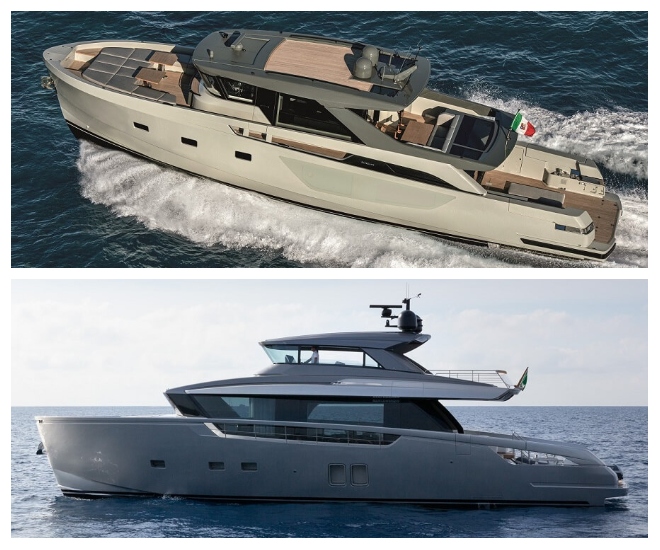 A Bluegame BGX70 is set to arrive in Singapore in December. Along with that, a Sanlorenzo SX76 has also been ordered for potential delivery in 2022.

Both models follow the Sanlorenzo SX88, which is the first SX yacht in Southeast Asia. The SX88 is not for sale, and is currently on display in ONE°15 Marina Sentosa Cove in front of the Simpson Marine and Sanlorenzo Asia offices. The former represents both Sanlorenzo and Bluegame in Asia. 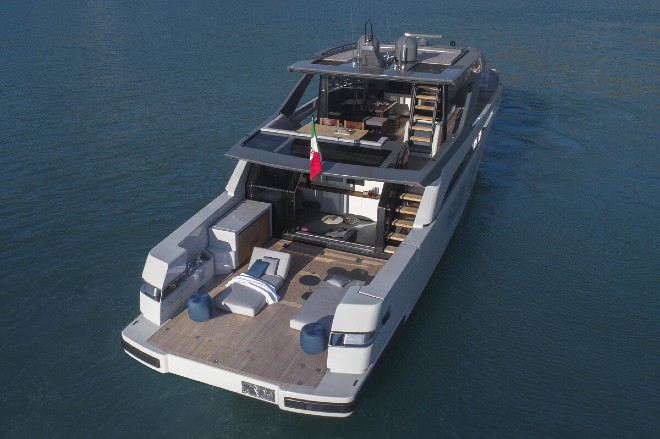 The SX88 was unveiled at the 2017 Cannes Yachting Festival, and the yacht is the first model in the Sanlorenzo SX crossover series. Following the SX88, other SX models also debuted such as the SX76 and SX112. Some of the elements of the SX design, specifically its huge aft platform, have been incorporated into the Bluegame BGX70 and BGX60 models released in 2019 and 2020 respectively.

The first BGX70 arrived in Hong Kong last year and multiple units have been sold since — along with a BGX60 and other Bluegame models by Simpson Marine.

Julien Solari, Singapore Country Manager of Simpson Marine, expects the demand for Bluegame in Singapore to increase once more people have seen the BGX70. 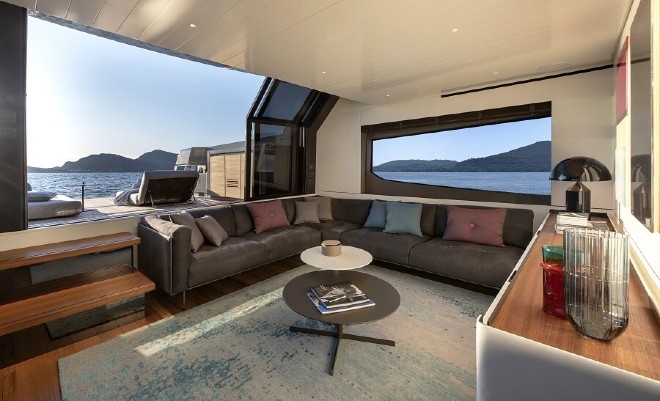 “I am expecting the BGX70 to also be popular in Singapore and we’ve already had an early interest for this stock model,” Solari said. “It helps that more people are now seeing the SX88 in front of the Sanlorenzo Asia office, so people can be reminded how innovative this crossover concept is.” 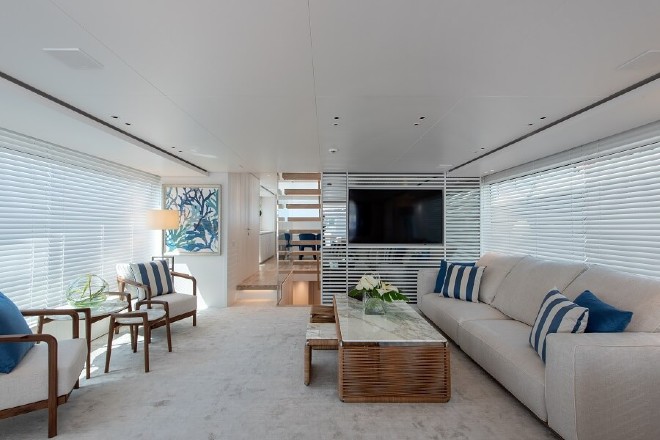 Solari said the initial ideas for the SX crossover series began in 2013 as Sanlorenzo looked to create a range of yachts for a new generation of owners. Major features for the flybridge motor yacht sector included a huge aft platform that can fit a tender and multiple water toys, as well as a crane into the port bulwark. 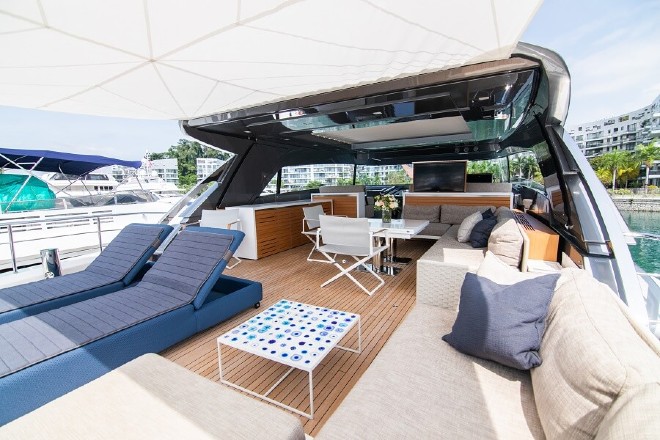 The aft cockpit of the SX88 has a clear aft balustrade and an open design for modular furniture to face the sea and swimming platform. The forward area on the main deck has extra space created from not having a helm station.

The yacht features its sole helm station on the flybridge, which has opening windows on both sides, which can be fully enclosed for air-conditioning. Sanlorenzo also offers customised interiors on all its yacht ranges as it does with its Superyacht series. Bluegame offers multiple options for layouts, materials and decor for all its models.

Absolute Yacht’s 60 Fly had its debut at the Cannes Yachting Festival earlier in the year and has some outstanding features. This includes an optional solar panel feature on the hardtop and its master suite is also forward on the lower deck — a standout feature of the yacht.