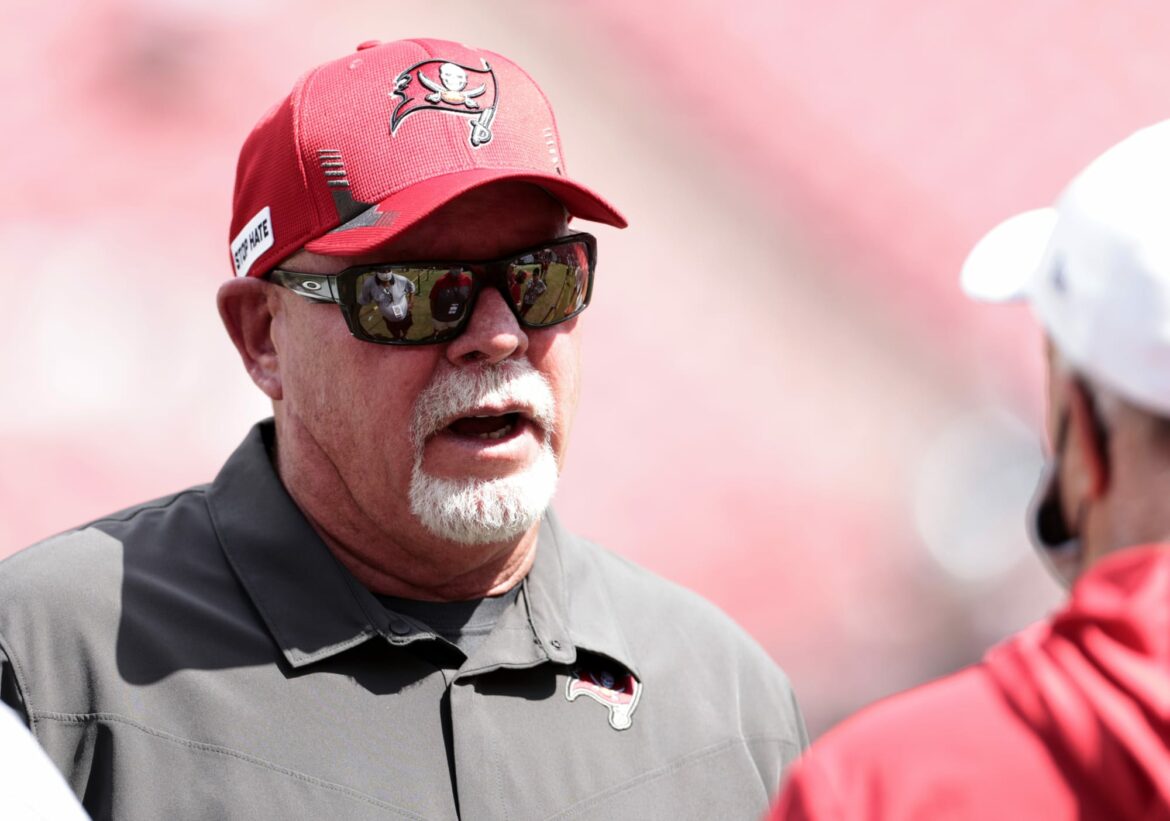 Although elite quarterbacks often avoid coaching criticism, that’s never been the case for Tom Brady. The 21-year veteran passer has famously gotten an earful from New England Patriots coach Bill Belichick, and it seems Tampa Bay Buccaneers coach Bruce Arians is no different. On Arians’ offense, no one is above criticism — not even Brady.

In the first quarter of their Week 2 matchup against the Atlanta Falcons, Brady endured a strip-sack from Falcons outside linebacker Dante Fowler Jr. A native of the Tampa Bay area, Fowler Jr. roped Brady in for a strip-sack that resulted in a Falcons fumble recovery.

Although the Buccaneers still won 48-25, Arians was sure to publicly identify the costly error by his quarterback.

This is not the first time that Arians has publicly criticized Brady in his time with Tampa Bay.

While Belichick demanded the best of his players, his remarks were always hidden in dimly lit film rooms as he reviewed the tape and pointed out errors. Arians, however, took a more open approach when he spoke directly to the media about Brady’s early mistakes on the new offense.

After the devastating 38-3 loss in Week 9, Arians bluntly threw his quarterback under the bus.

“The interception to [Antonio Brown] — that was just a poor throw,” Arians said in a press conference following the game.

Arians then implied that Brady failed by ignoring an open Mike Evans. “Mike was open a bunch in that ballgame,” he said. “He didn’t get targeted — that was all. Mike was open.”

Late last November, reports claimed that the critiques were “not going unnoticed” as Arians dragged Brady again after a 27-24 loss to the Los Angeles Rams.

After a Week 12 loss to the Kansas City Chiefs, the Buccaneers went on a nine-game win streak that continues today, a feat only made possible because Brady adapted Arians’ offense.

While Brady could have gotten out the short pass quicker to avoid the strip sack agains the Falcons, many of last season’s deficiencies were not necessarily a result of Brady’s decision-making. As Jameis Winston made perfectly clear, Arians’ “No Risk It, No Biscuit” offense makes for unnecessarily difficult football —  even for Tom Brady.