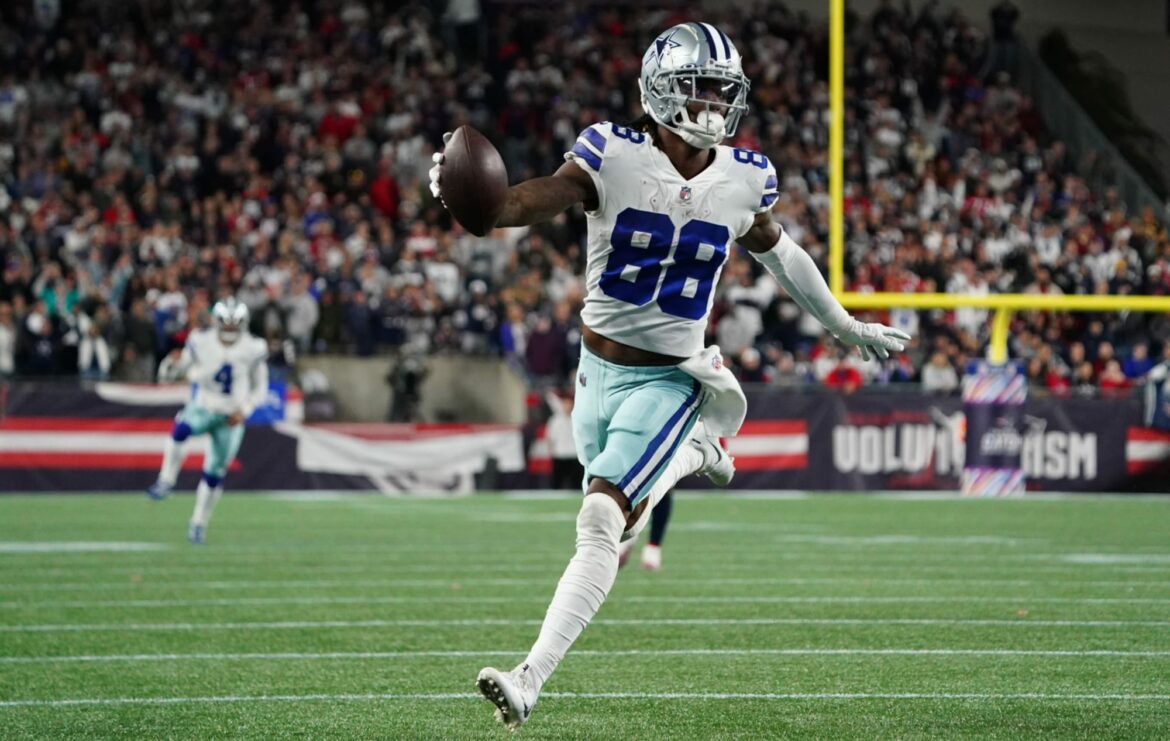 The Dallas Cowboys won their fifth straight game on Sunday when they defeated the New England Patriots in overtime.

Even when they are down, the Dallas Cowboys refuse to go away. On Sunday, they trailed the New England Patriots at halftime and were down 29-26 with a little over two minutes remaining. Yet, they took the game into overtime and ended up winning 35-29 following a 35-yard touchdown pass from quarterback Dak Prescott to wide receiver CeeDee Lamb.

With this victory, the Cowboys have now won five consecutive games and look to be shoo-ins to win the NFC East, compared to the abysmal performances of their rivals in the New York Giants, Philadelphia Eagles and Washington Football Team.

But are they legitimate contenders in the NFC?

Can the Cowboys win the Super Bowl this year?

The Cowboys have it all going for them. They have Prescott playing at an MVP level since his return from a compound fracture and dislocation of his right ankle suffered last season, and an actual functioning defense. But if there is one disadvantage, they are in the extremely tough NFC.

Dallas had their first true test of the season in the kickoff game, when they took the defending Super Bowl champion Tampa Bay Buccaneers to the limit. Yet, if the Cowboys happen to match up against the Bucs, they will have the unenviable task of facing Tom Brady in the playoffs, which won’t be easy. This is the guy who won seven Lombardi Trophies in 10 Super Bowls, after all.

Then, there are the top two NFC West teams. The Los Angeles Rams have benefitted from making the switch at quarterback from Jared Goff to Matthew Stafford, as their offense has become dangerous. That, and they have a stout defense, making them a tough out in the playoffs. Oh, and then there are the undefeated Arizona Cardinals, who have a stacked passing attack led by the dynamic Kyler Murray, whom Dallas will meet in Week 17.

Don’t forget about the Green Bay Packers, who you can never count out making a run to the NFC Championship Game, despite their struggles of making it to the Super Bowl. This could be the final year for Aaron Rodgers in Green Bay, so there is the potential for one last Super Bowl run.

There is no glossing over the fact that if the Cowboys were to run the gauntlet, they will have to face the AFC champions, which could hypothetically be the Buffalo Bills, Baltimore Ravens or Kansas City Chiefs (if they solve their issues on defense).

The Cowboys have a favorable schedule moving forward, so they will be looking good especially if they can remain healthy. When it comes to whether they can win the Super Bowl? It is simply too early to tell. We should get a clearer picture of that based on their performance against the Cardinals in Week 17.