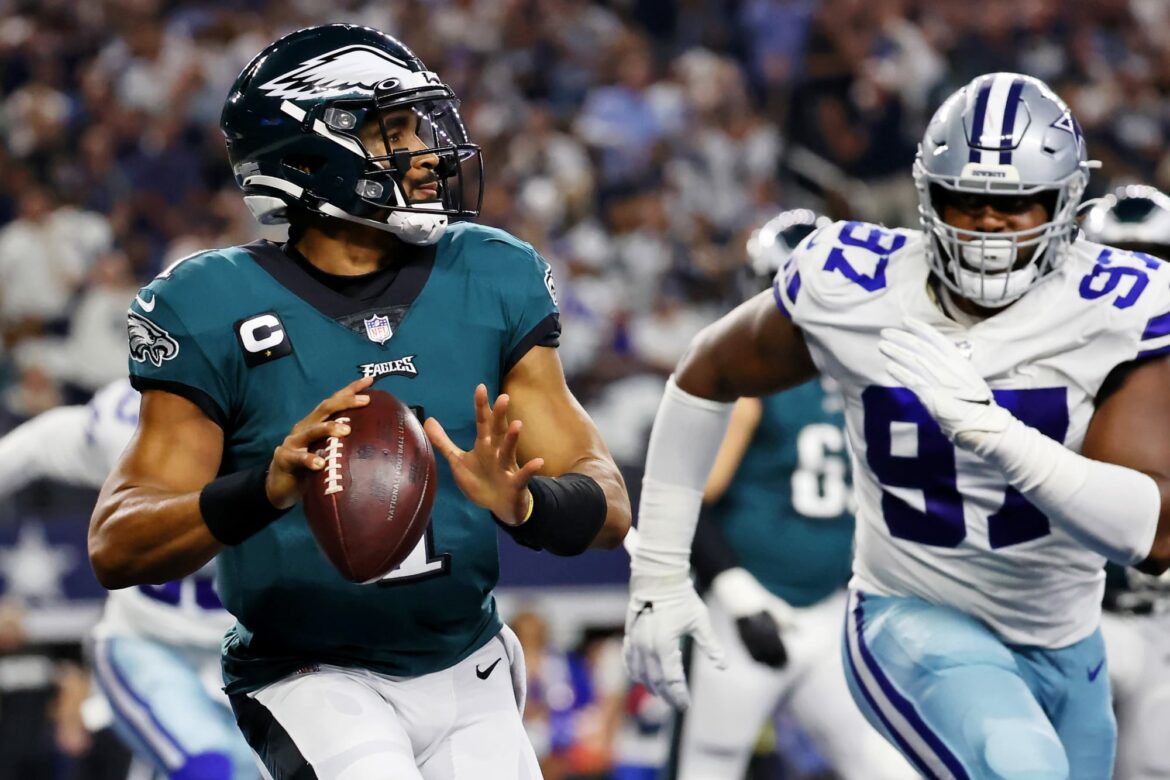 If Jalen Hurts continues to struggle, the Philadelphia Eagles could trade for Deshaun Watson.

After a brilliant Week 1 road win over the Atlanta Falcons, the Philadelphia Eagles have looked pedestrian at best with Jalen Hurts under center.

This was going to be a challenging year for the Birds. Everybody knew that. But with the Houston Texans supposedly softening their position on former franchise quarterback Deshaun Watson, Pro Football Talk’s Mike Florio suggests the Eagles could be a serious trade partner for the perennial Pro Bowler. Making this move would be all about gearing up for the 2022 NFL season.

How realistic of a trade partner are the Birds when it comes to winning the Watson sweepstakes?

While the Miami Dolphins have long been the frontrunner to land Watson in a blockbuster deal, the Eagles are a real candidate to deal for the former Clemson star. Even if Nick Sirianni has his issues as a first-time head coach, he is a former quarterbacks coach and an offensive-minded guy. Watson would be among the most talented quarterbacks Sirianni has ever worked with before.

While the Eagles are still a long shot to deal for Watson, keep in mind how rough their schedule gets between now and the Nov. 2 trade deadline. Philadelphia could lose its next four games very easily: Home vs. the Kansas City Chiefs, at the Carolina Panthers, home vs. the Tampa Bay Buccaneers and at the Las Vegas Raiders. If they beat the Detroit Lions on Halloween, that is 2-6.

The Eagles may trade for Watson, but they should only do so if Hurts is 100 percent not the guy.