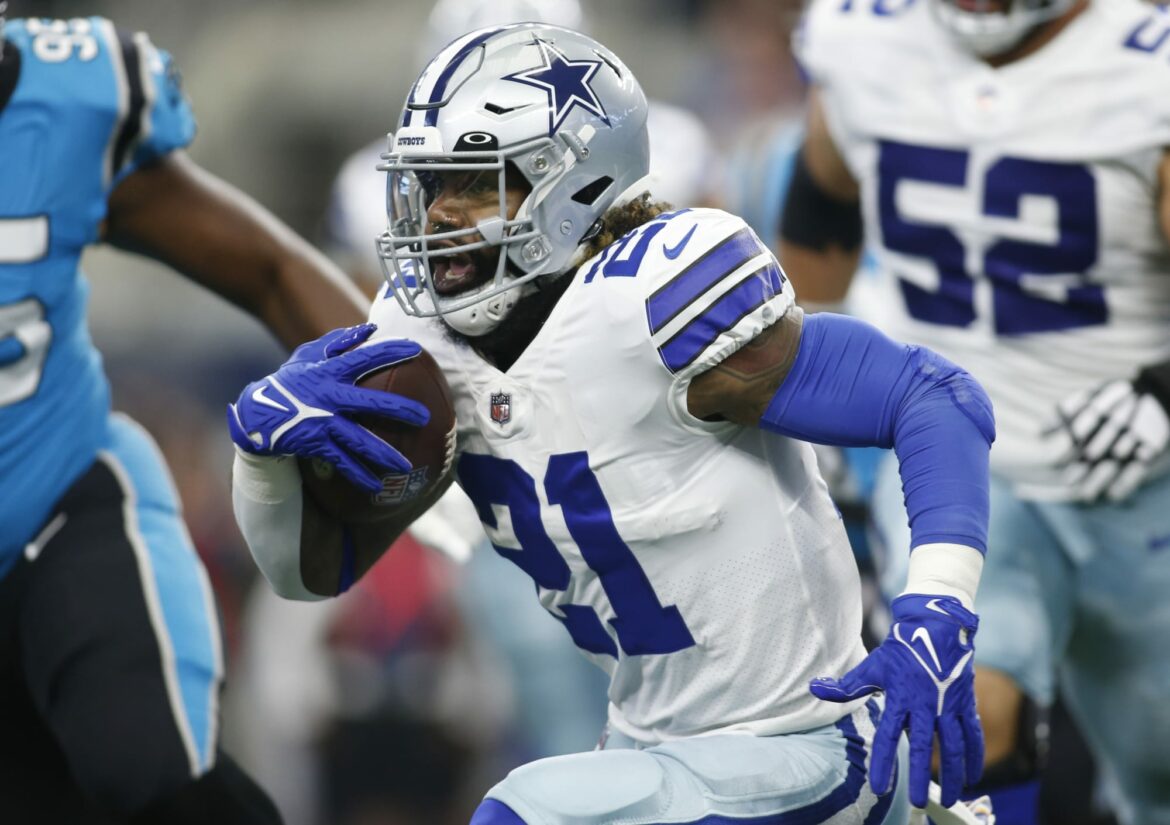 Dallas Cowboys running back Ezekiel Elliott was limited in the first half of the team’s Thanksgiving game against the Las Vegas Raiders.

During the first half, it became apparent that Elliott was not on the field after the first couple of plays in the game. He did appear later in the second quarter to score a goal-line touchdown. That was his only play of the quarter.

The reason for his limited play is due to Elliott dealing with a knee injury that he has downplayed.

Ezekiel Elliott has downplayed the significance of a knee injury he’s been managing. He touched ball the first three plays. But has not been on the field in several series.

Elliott has been dealing with a knee issue for much of the campaign. In last week’s matchup against the Kansas City Chiefs, Elliott left the game briefly, limping around following a play. He ultimately remained in the game

This week, Elliott was limited in practice on Monday but returned in full on Tuesday. On the latter day, the running back revealed that he re-aggravated the injury against the Chiefs, but it was something that he planned on playing through.

Entering the Thanksgiving game, Elliott’s knee injury was described as a bone bruise.

With Elliott taking a backseat, that opened opportunities for Tony Pollard. While the Cowboys run game did not make much of an impact against Las Vegas’ defense, Elliott did score the aforementioned touchdown, while Pollard returned a kickoff 100-yards for a touchdown.