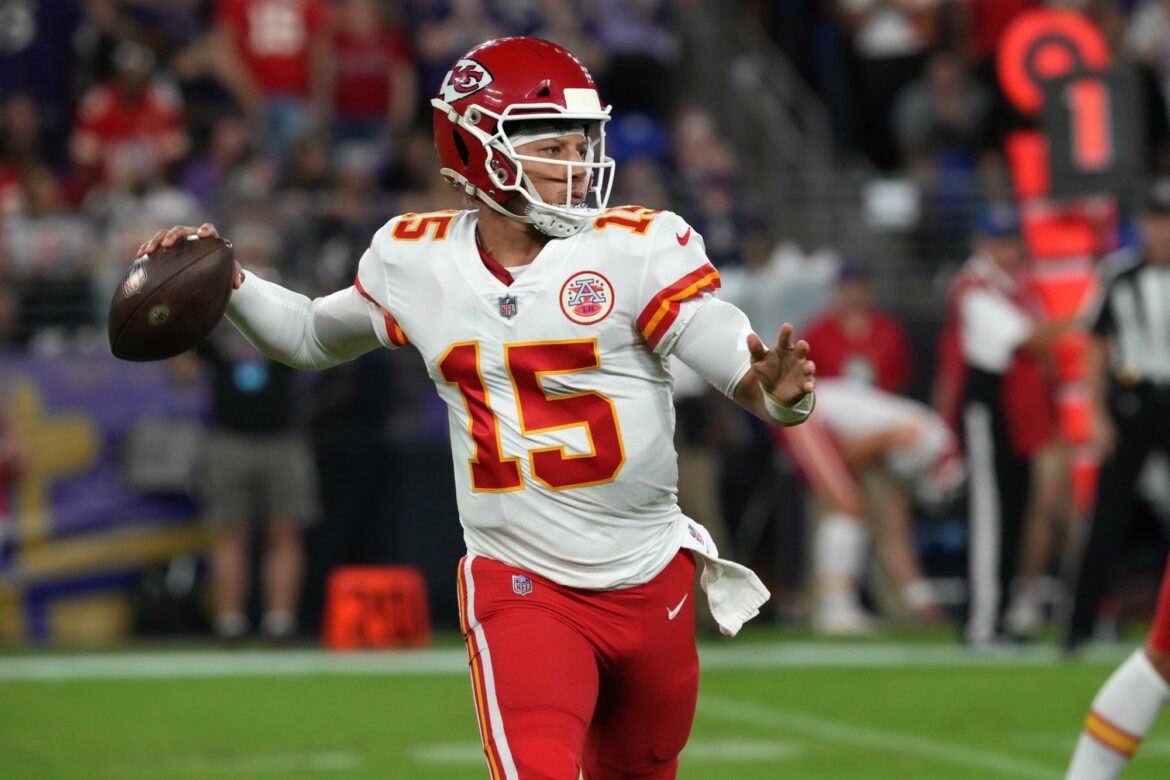 Joe Montana is just like us at home watching Patrick Mahomes do things at the quarterback position nobody has ever done before with the Kansas City Chiefs.

“That’s sort of the way nobody used to play,” said a laughing Montana to FanSided‘s Mark Carman on the Stacking the Box podcast.

“He’s pretty special. They’re lucky they found themselves one, a pretty unique one. He’s one of those guys that when you turn on the TV, if he’s on, you want to watch him. He’s pretty fun to watch. He could probably lay down and throw the ball from his back. He can do just a out anything you want him to do.”

“I don’t think so,” said Montana when asked if he’s seen a quarterback play the position better than Mahomes. “When you look at him inside the pocket, outside the pocket, his ability to do things whether he’s running right, running left, doesn’t really matter to him.”

Here is the rest of Carman’s conversation with Montana on the Chiefs and Notre Dame football.

From a pure talent standpoint, it is hard to argue with Montana’s claim. There have been other prolific passers who have won a ton of Super Bowls, including Montana himself, but from being able to win off-script and make plays with his legs if need be, those are things Montana and Tom Brady were never able to do. This is why the Chiefs have struck gold after drafting Mahomes.

Of course, we must fully understand that Mahomes benefits tremendously from going to a well-run organization like the Chiefs. Would he have been a good player if he was on another NFL team? Probably, but what we are seeing is what happens when an elite talent is coached up by an elite coaching staff and playing for an elite organization. This is when amazing can really happen.

It is hard to believe this is only year five for Mahomes out of Texas Tech University in the NFL.

Joe Montana spoke with FanSided on behalf of Guinness. Guinness will be opening its new Guinness Taproom in Chicago in 2023. It will be the second taproom they will have opened.