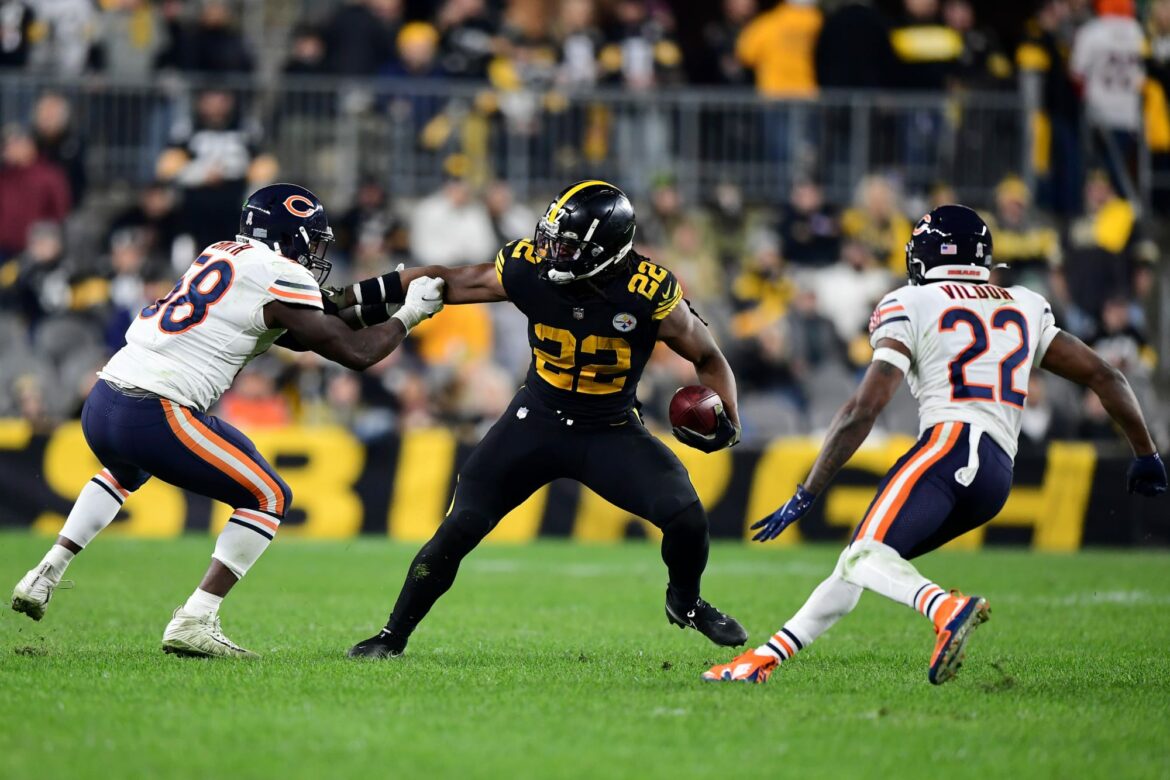 PITTSBURGH, PENNSYLVANIA – NOVEMBER 08: Running back Najee Harris #22 of the Pittsburgh Steelers pushes off cornerback Kindle Vildor #22 and inside linebacker Roquan Smith #58 of the Chicago Bears as he carries the ball down the field during the second half at Heinz Field on November 8, 2021 in Pittsburgh, Pennsylvania. (Photo by Emilee Chinn/Getty Images)

Pittsburgh Steelers running back Najee Harris didn’t hesitate in calling out ESPN for making up lies about his living situation in college.

Before Najee Harris was scoring for the Pittsburgh Steelers on Monday Night Football, he was a former five-star recruit making plays for Nick Saban and Alabama. Harris was a stud in Tuscaloosa where he left Alabama as the school’s all-time leading rusher, leading to the Steelers taking him in the first round of the 2021 NFL Draft.

Harris made headlines earlier in the week for his help with a California homeless shelter where he spent time as a youth before becoming a football star. During the ESPN broadcast, Steve Levy go the story wrong, saying said Harris slept on the floor at Alabama

“He said he was just more comfortable, he was more used to that,” Levy said during the Steelers game vs. the Bears.

Harris heard of the line after the game and sent the following tweet where he refuted the remarks by Levy.

Bra I ain’t sleep on no dam floor in college. I slept on my bed

Harris went on to have plenty of fun against the Bears, finishing with 78 total yards and a touchdown.

It was a rough broadcast for Levy who said the field goal try by Cairo Santos in the closing seconds hit the crossbar but it never came close, falling halfway into the end zone.

Some mistakes are worse than others but Levy completely butchering the story behind Harris is an egregious one and it’s understandable why Harris would call him out for the error.

Thus far this season, Harris has rushed for 541 yards and four scores. He’s gotten better each week and Steelers fans are excited for his future with the team. ESPN is simply going to have to come up with something different to talk about next time Pittsburgh is featured for a Monday night showdown.