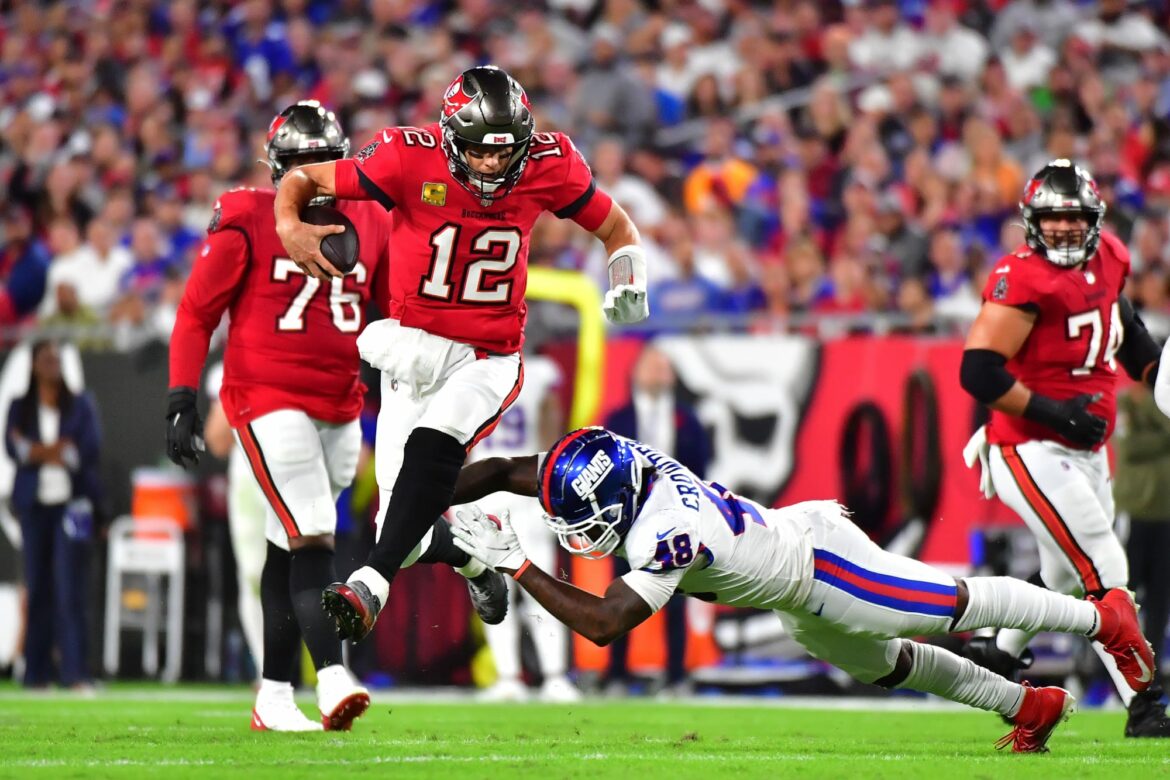 LAS VEGAS, NEVADA – NOVEMBER 21: Running back Joe Mixon #28 of the Cincinnati Bengals runs against the Las Vegas Raiders during the second half of a game at Allegiant Stadium on November 21, 2021 in Las Vegas, Nevada. The Bengals defeated the Raiders 32-13. (Photo by Chris Unger/Getty Images)

The Tampa Bay Buccaneers and San Francisco 49ers are among the NFL teams that should be on upset alert in Week 12.

Thanksgiving week is here and it offers an opportunity for NFL fans to take a look at the state of the league before the stretch run. The standings are an absolute mess as there is no clear favorite in either conference, which could lead to some wild swings of fortune for supposed contenders in December and January.

Upsets will certainly be a factor in the shakeup, as the Green Bay Packers learned the hard way a week ago. Let’s take a look at three teams that should be on upset alert in Week 12, with all odds referenced in this story coming courtesy of the FanDuel Sportsbook.

It turns out that the bye week was exactly what the doctor ordered for the Cincinnati Bengals, who returned to action in Week 11 with a 32-13 beatdown of the Las Vegas Raiders. The win was huge for the surprising Bengals, who had hit the skids with a two-game losing streak against the New York Jets and Cleveland Browns prior to their week off.

Cincinnati is now 6-4 and right in the thick of things in the AFC North, meaning all of their division games are critical. This Sunday provides an opportunity to complete a season sweep of the offensively-challenged Pittsburgh Steelers, who lost at home to the Bengals back in Week 3.

FanDuel has set the Bengals as 4.5-point home favorites against Pittsburgh, which seems a bit ambitious considering Cincinnati’s lack of experience in big-time games this late in the season. The Steelers are backed into a corner right now and need to win to keep their postseason hopes alive so they may bring more intensity than the Bengals in this one, which could in turn lead to an upset.