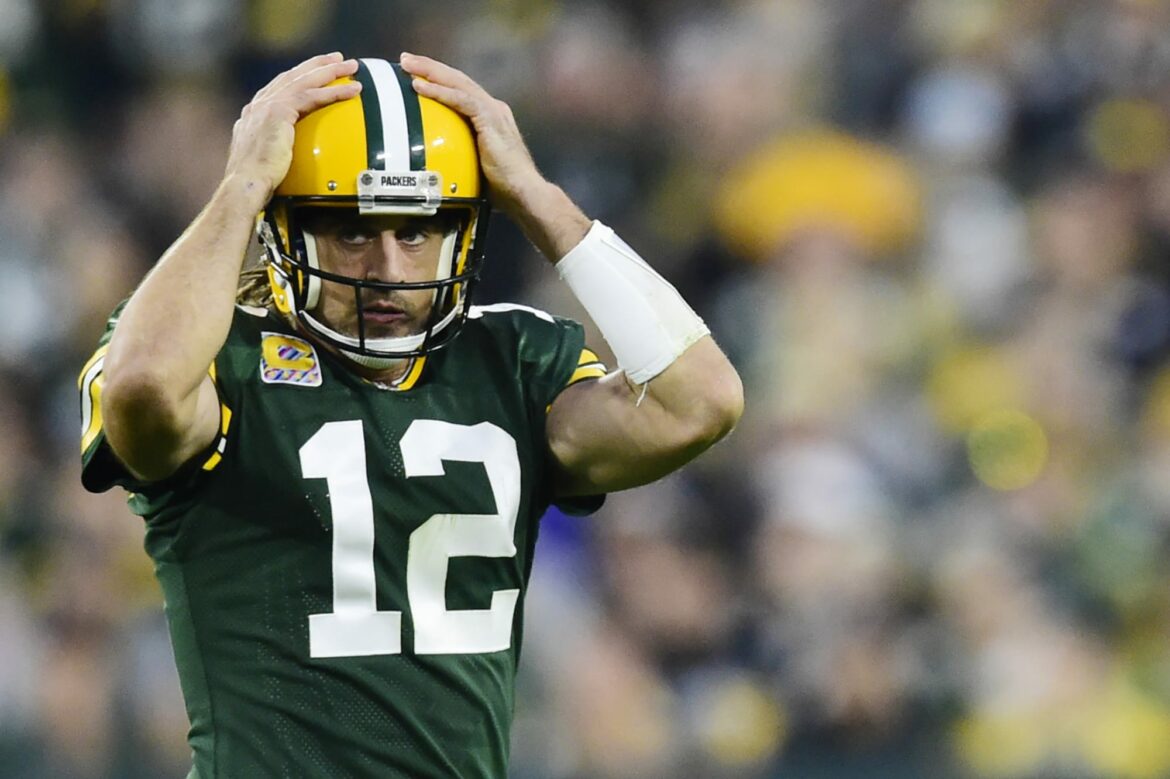 The Green Bay Packers, Aaron Rodgers and Allen Lazard were handed out fines by the NFL for violating the COVID-19 protocols.

Ever since Green Bay Packers quarterback Aaron Rodgers revealed and explained why he is not vaccinated against COVID-19, all eyes were on the NFL to see if they would hand out any discipline, considering Rodgers had been seen unmasked at press conferences at points this season and at a Halloween party last week.

Well, the NFL has officially stepped in to hand out a punishment.

According to ESPN’s Rob Demovsky, the Packers have been fined $300,000 for violating the league and NFL Players Association’s COVID-19 protocols. Rodgers and wide receiver Allen Lazard, who is also unvaccinated, were each issued $14,560 fines.

The NFL’s review of the Packers’ COVID-19 protocols is done.

Per league source, Packers fined$300,000 for violations of the NFL and NFL Players Association protocols, while Aaron Rodgers and Allen Lazard were each fined $14,650.

NFL Network’s Mike Garafolo followed up on Demovsky’s report, saying that Rodgers and Lazard’s fines stem from attending the aforementioned Halloween party, which was not sanctioned by the team, maskless. Furthermore, the league felt that the Packers should have punished both players.

Sources told Garafolo that there were a few instances of Rodgers and Lazard not wearing masks, but said that the team was compliant and that there were “no widespread or systemic mask-wearing violations.”

And finally, there were a few instances of Rodgers and Lazard not wearing a mask inside the facility but the league found the team was otherwise compliant. No widespread or systemic mask-wearing violations, source says. https://t.co/zXPDC0UEwr

ESPN NFL insider Adam Schefter tweeted out that the NFL informed Green Bay if they were to have any violations of the COVID-19 protocols in the future, they could either change their draft position or take away draft picks all together.

Earlier this year, Rodgers had said that he was “immunized” when asked if he was vaccinated against COVID-19. After it was revealed that he was unvaccinated and following the aftermath of his interview on the Pat McAfee Show last week, Rodgers appeared on the program on Tuesday and said that he took “full responsibility” for misleading people regarding his vaccination status.

Rodgers is currently on the COVID-19 list, but could be activated by Saturday ahead of the Packers’ game against the Seattle Seahawks. The quarterback revealed that there is a “small possibility” that he may not play.