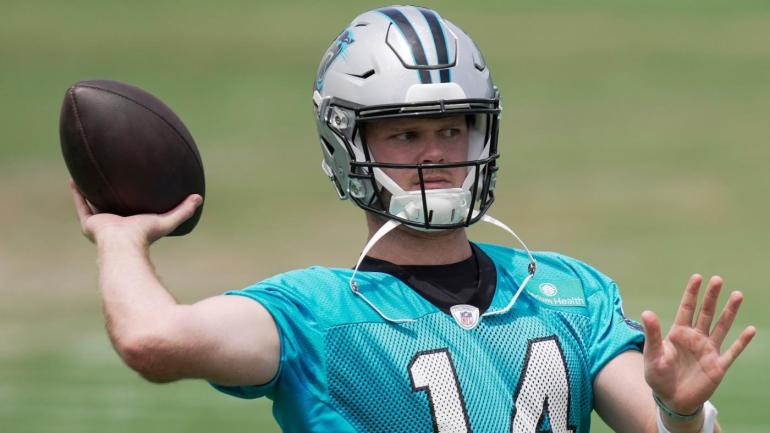 The Carolina Panthers will look to continue their recent dominance over the Houston Texans when they meet in interconference action on Thursday Night Football. The Panthers (2-0) have won two of the three meetings in Houston all-time and the last three matchups overall with the Texans (1-1). Houston, meanwhile, is looking for its first win over Carolina since defeating the Panthers 34-21 in 2007. The Texans’ last win over the Panthers at home was in their first-ever meeting, a 14-10 win in 2003.

Kickoff from NRG Stadium in Houston is set for 8:20 p.m. ET. Carolina is an eight-point favorite in the latest Panthers vs. Texans odds from Caesars Sportsbook, while the over-under for total points scored is 43. Before you make any Texans vs. Panthers picks, make sure to check out the NFL predictions and betting advice from SportsLine’s proven computer model.

The model also ranked in the top 10 on NFLPickWatch four of the past five years on straight-up NFL picks and beat more than 94 percent of CBS Sports Football Pick’em players four times during that span. Anyone who has followed it is way up.

Now, the model has simulated Panthers vs. Texans 10,000 times and just revealed its NFL expert picks and predictions. You can head to SportsLine now to see its picks. Here are several NFL odds and betting trends for Panthers vs. Texans:

Why the Panthers can cover

Quarterback Sam Darnold’s Carolina career is off and running. After three seasons with the New York Jets, Darnold is taking advantage of his new weapons and has completed 50-of-73 passes (68.5 percent) for 584 yards, three touchdowns, and a 100.5 rating in two games with the Panthers. He has also rushed for a score. In 38 career games in New York, Darnold had completed 729-of-1,219 passes (59.8 percent) for 8,097 yards and 45 touchdowns. He was picked off 39 times.

Defensively, the Panthers are getting production from a number of players, including linebacker Haason Reddick. He had 1.5 sacks in Week 2 and is looking for his third game in a row with 1.5 or more. For the season, Reddick has seven tackles, including four solo, fourth-best on the team. He also has three sacks for 18 yards, one forced fumble and one tackle for loss.

Why the Texans can cover

Like Carolina, Houston has a solid defense and is led by linebacker Zach Cunningham, who had six tackles last week and leads the NFL with 176 since 2020. He had 14 tackles and a tackle for loss in the last meeting with the Panthers. Cunningham leads Houston with 13 tackles on the season, including four solo. He also has one pass breakup. In his five-year career, all with Houston, he has registered 516 tackles, including 330 solo, with 6.5 sacks, four forced fumbles, three fumble recoveries, 16 pass breakups and one interception he returned 38 yards for a touchdown.

Linebacker Christian Kirksey is also a beast on defense. Last Sunday, he had six tackles, one tackle for loss and one fumble recovery. He is one of three players in the NFL with an interception and a fumble recovery this season. The others are Jourdan Lewis of the Dallas Cowboys and Xavien Howard of the Miami Dolphins. He has a pass breakup in two of his three career games on Thursday Night Football.

How to make Panthers vs. Texans picks
SportsLine’s model is leaning over on the total, projecting the teams to combine for 45 points. In fact, it says Carolina’s Sam Darnold will throw for nearly 300 yards passing and two touchdowns, while Houston quarterback Davis Mills steps in to throw for more than 200 yards and one TD. It also says one side of the spread cashes in over 50 percent of simulations. You can only see which side to back here.