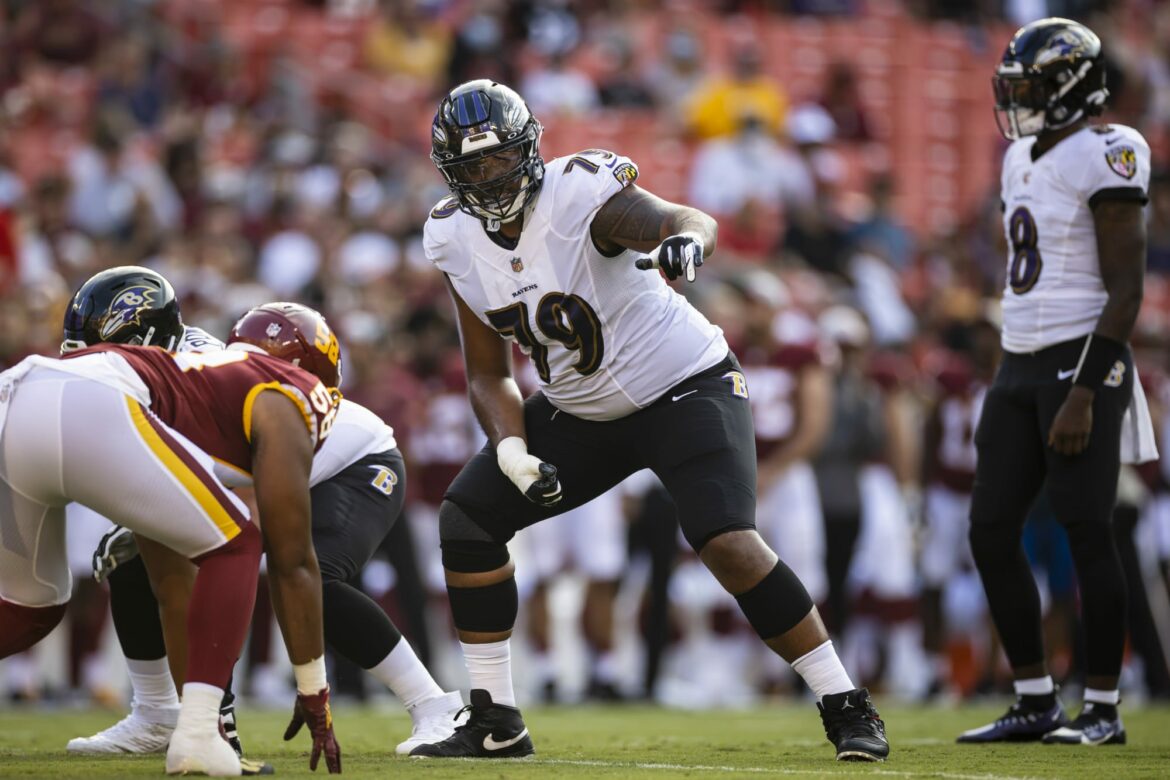 The Baltimore Ravens have announced that starting left tackle Ronnie Stanley has been placed on Injured Reserve and will miss the rest of the campaign.

Some more adversity has arrived for the Baltimore Ravens, arguably the hottest team in the AFC right now with their 5-1 record. Injuries have been a common theme this year for the squad and that’s continued with standout left tackle Ronnie Stanley.

On Tuesday, the team announced that Stanley has officially been placed on Injured Reserve and he won’t be suiting up again this season. Straight up, this is simply brutal news for the AFC North powerhouse.

Stanley is dealing with an ankle injury and he’s actually all set to undergo surgery on Tuesday for it. This only adds to even more pain for Baltimore in terms of losing star players. Even before Week 1, John Harbaugh saw J.K. Dobbins, Gus Edwards, Marcus Peters and others go down with serious injuries. That alone was heartbreaking.

Now, the offense is going to have to move forward without another major piece of the puzzle. Stanley has done a fantastic job protecting Lamar Jackson’s blindside. As things stand, Jackson is considered among the favorites to potentially take home MVP honors.

What the quarterback has been able to do in six games has been great to see, of course highlighted by wins over the Chiefs and Chargers. With Baltimore playing so well, fans can even start dreaming of a deep postseason run.

With that said, losing a guy of Stanley’s caliber this early in the campaign really is a major bummer. The lineman will now shift his focus to his rehab in hopes of being 100 percent for the 2022 season.