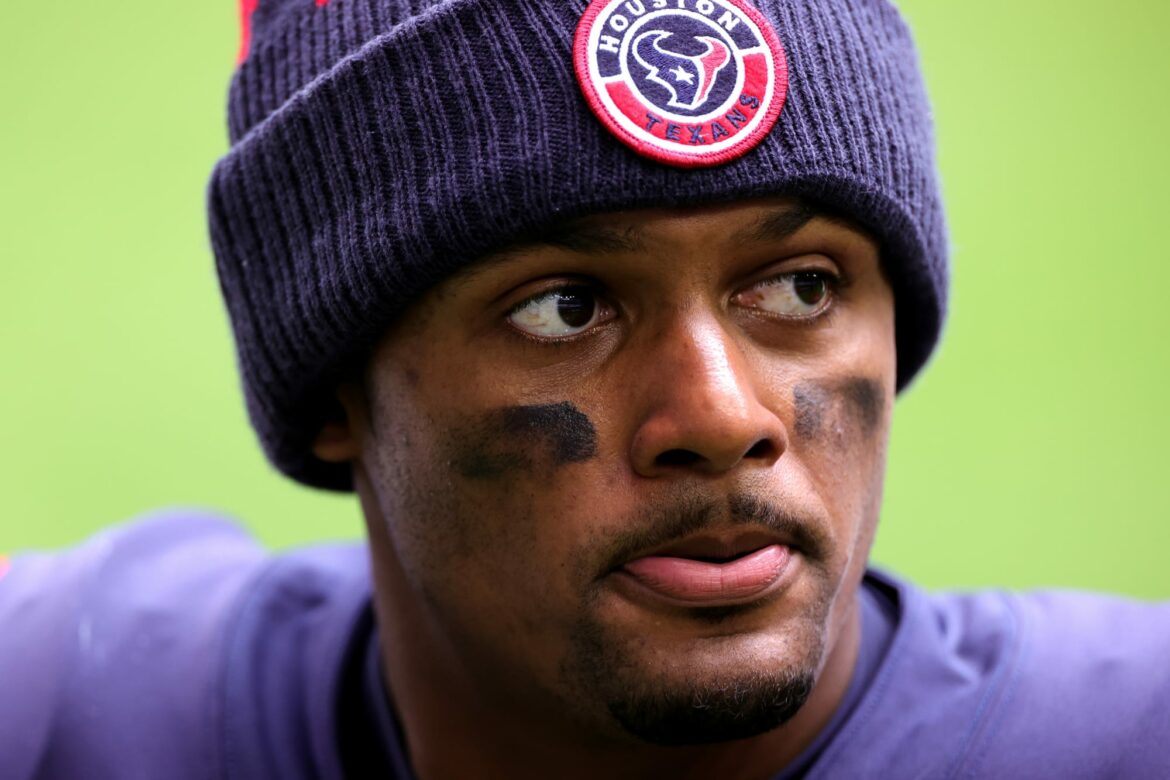 HOUSTON, TEXAS – DECEMBER 27: Deshaun Watson #4 of the Houston Texans looks on against the Cincinnati Bengals at NRG Stadium on December 27, 2020 in Houston, Texas. (Photo by Carmen Mandato/Getty Images)

NFL Twitter was set ablaze on Wednesday afternoon by a report that a Deshaun Watson trade to the Miami Dolphins is in the works.

Mid-season NFL trades do not happen often. Mid-season NFL trades involving star quarterbacks are perfectly cooked steak rare. That is what is being rumored on Twitter Wednesday afternoon when John McClain of the Houston Chronicle reported that the Miami Dolphins and Houston Texans could have a deal done this week.

This news subsequently left NFL fans on Twitter flabbergasted and they reacted with shock, excitement, and many, many questions.

Matt Miller of The Draft Scout gives the report some credence but was curious if the NFL was going to allow Watson to play. Watson has impending off-the-field issues that have kept him from playing for Houston this season.

Injecting some clarity into the situation is Dan Lust who is a sports attorney that has appeared on multiple platforms.

Despite the 20+ civil lawsuits and a looming grand jury indictment, the NFL has NOT placed Deshaun Watson on the Commissioner’s exempt list or issued any type of punishment.

He would be immediately eligible to play for any team that trades for him. https://t.co/0zgVUr4q2T

Some have speculated about where the reports are coming from. Both Miami and Houston are struggling. That is a tough pill to swallow for the Dolphins, who entered the season with playoff aspirations but are currently off to a 1-5 start through six games.

Ross has spoken excitedly about Watson trade to associates since this past spring, as we’ve reported for many months. Grier doing it now could help save Grier’s job, like a lifeline to distract from poor drafting https://t.co/k77HcRyzFv

Fantasy football players were likely rushing to their waiver wires to see if Watson was available.

This being Twitter meant that the memes were aplenty. Like this one at the expense of current Miami Dolphins starting quarterback Tua Tagovailoa.

Or this one that may make both Houston and Miami fans unhappy.

The jersey swaps, which were already out there en masse, continued as well.

Miami and Houston have until November 2, the NFL’s trade deadline, to complete any deal for Watson or subsequent deals involving players that would be needed to be moved to make the salary cap work. One thing is for sure, the fireworks on Twitter will keep coming.