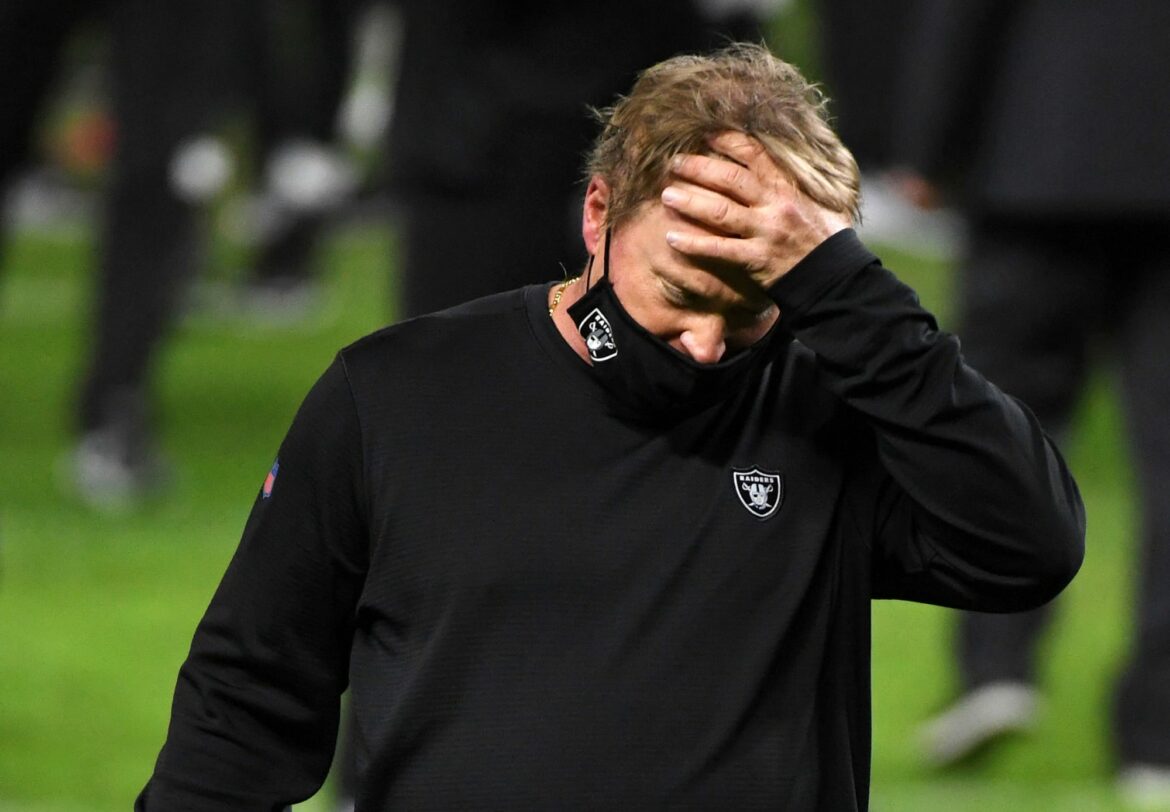 LAS VEGAS, NEVADA – NOVEMBER 22: Head coach Jon Gruden of the Las Vegas Raiders walks off the field after his team’s 35-31 loss to the Kansas City Chiefs at Allegiant Stadium on November 22, 2020 in Las Vegas, Nevada. (Photo by Ethan Miller/Getty Images)

First, emails surfaced which revealed Gruden had used racist language in emails from 2011. On Monday evening the New York Times released a second report, this time revealing additional emails with homophobic and sexist remarks ultimately sealing the end of his tenure with the team.

And just hours later the Raiders posted a statement from Gruden on Twitter.

“I have resigned as Head Coach of the Las Vegas Raiders,” the statement reads. “I love the Raiders and do not want to be a distraction. Thank you to all the players, coaches, staff, and fans of Raider Nation. I’m sorry, I never meant to hurt anyone.”

NFL Twitter reacts to Jon Gruden emails that got him fired

Gruden coaches the league’s only openly gay player, Carl Nassib. Gruden’s emails also explain why the NFL only has one active player who is openly gay, and why sports—especially men’s sports—still are not safe for queer people. https://t.co/S3VIZqBZxo

that we’re all “of course an NFL coach said/thought those things” says a lot about the NFL!

Raiders DE Carl Nassib, the NFL’s first openly out player, has been quietly kicking ass this year. The notion of him having to deal with this story makes me furious.

adam schefter going on monday night football with the gruden news and them going straight back to the game with “MORE AT HALFTIME!” followed by steve levy going “how about that gruden news?”

got a hearty, dark chuckle out of me

There are plenty of cases where “don’t judge someone by emails they sent ten years ago” qualifies as a good point. This is not one of those cases.

It isn’t “cancel culture” when your company sees something you did or said and wants to hold you accountable for it after they find out about it.

At press time there was no news of who would be his replacement.