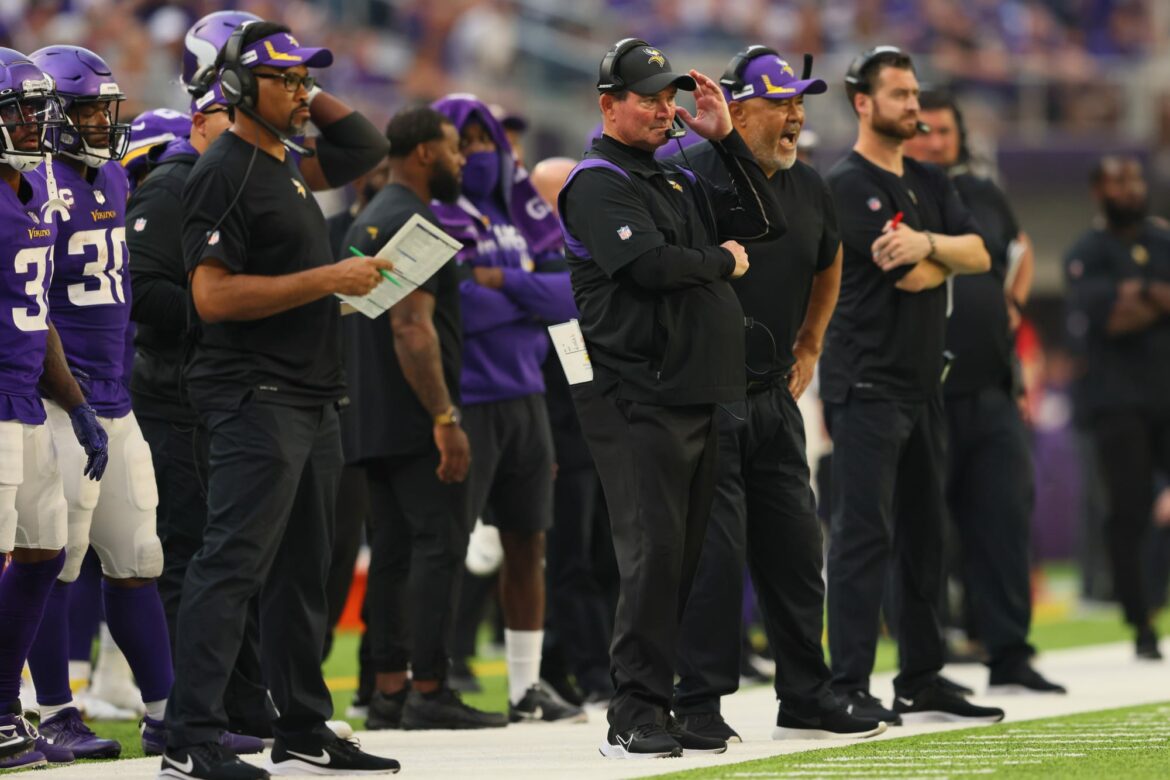 MINNEAPOLIS, MINNESOTA – SEPTEMBER 26: Head coach Mike Zimmer of the Minnesota Vikings looks on from the sideline during the fourth quarter in the game against the Seattle Seahawks at U.S. Bank Stadium on September 26, 2021 in Minneapolis, Minnesota. (Photo by Adam Bettcher/Getty Images)

Mike Zimmer didn’t hold back in letting everyone know just how happy he was with his team’s play on Sunday.

The Minnesota Vikings made quite the statement on Sunday, as the team captured its first win of the season and did so in convincing fashion. Trailing 17-7 to the Seattle Seahawks, Minnesota’s offense went off, scoring 23 unanswered points in the 30-17 victory.

Kirk Cousins was balling out, with Seattle’s defense really having no answer for him. Head coach Mike Zimmer was thrilled with the play of his offense as a whole, and Vikings fans sure are going to love what the veteran coach had to say after the final whistle.

The Vikings looked outstanding against the Seattle Seahawks in Week 3

That’s quite the statement there from Zimmer, as he told his team that in his eight years with Minnesota, that was the best offensive showing he’s seen. Whoa.

It’s hard to argue with Zimmer here, as Minnesota really was operating on a different level against Seattle. Cousins was nasty in this one, throwing for 323 yards and three touchdowns. The ground game was also on point, with the Vikings rushing for 140 yards even without Dalvin Cook in action.

With Cook sidelined, Alexander Mattison got the start at running back and he didn’t disappoint. Mattison tallied 112 yards on 26 carries. To no one’s surprise, Justin Jefferson had himself a monster afternoon, catching nine balls for 118 yards and a score.

With all of that said, it’s easy to understand why Zimmer is in such a great mood. The Vikings offense woke up in a big way and made an NFC powerhouse like Seattle look average. Cousins has to be jacked up too, as he had himself a day to remember in this one for his team.