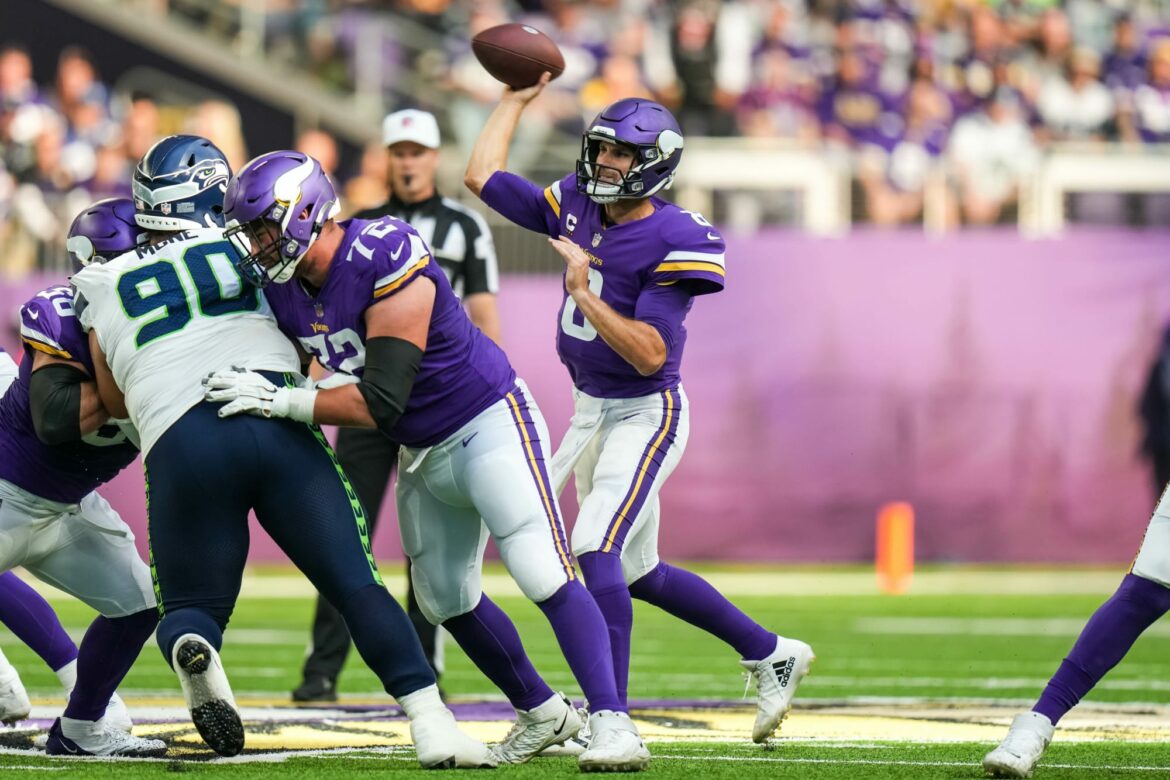 After starting out the season 0-2, the Minnesota Vikings take down the Seattle Seahawks, 30-17, behind QB Kirk Cousins’ three touchdowns.

Don’t trash Minnesota Vikings QB Kirk Cousins just yet. After starting out the season 0-2, Cousins was heavily critiqued. In a stunning turn of events, the Vikings had their way with the Seattle Seahawks at U.S. Bank Stadium in a 30-17 win.

Cousins went 30-of-38 and threw for 323 yards and three touchdowns. The season started out as a nightmare, but is shaping up to be something much better than that.

During the first two weeks of the regular NFL season, Vikings fans went through a whirlwind of emotions. And they were mostly bad.

Kirk Cousins’ name was drug through the mud and his ability to lead Minnesota to a winning season was in question. For what, though? Cousins hasn’t performed poorly.

In a 34-33 Week 2 loss against the Arizona Cardinals, Cousins completed 22-of-32 passes and threw for 244 yards and three touchdowns. If it wasn’t for a 37-yard missed field goal by kicker Greg Joseph, people would’ve been singing Kirk’s praises last week.

Thanks to Cousins, the Vikings avoided starting out the season 0-3 in back-to-back seasons, and without RB Dalvin Cook. Minnesota will need to carry over that same energy to Week 4 when the Vikings host the Cleveland Browns.

With not even a full four seasons under his belt in Minnesota, Cousins has thrown for 96 touchdowns in comparison to the 99 that he threw during his six years with the Washington Football Team.